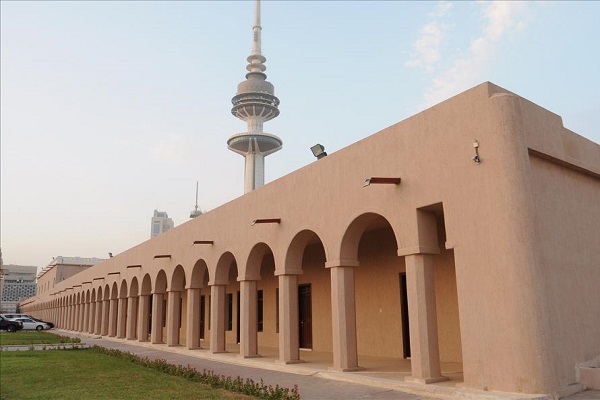 The decision was made at the 10th session of Heritage Committee on the Islamic World.

Dr. Walid Al-Saif advisor to secretary-general of Kuwait's National Council for Culture, Arts and Letters (NCCL), said to KUNA, prompting Naif Palace amongst ISESCO's Heritage index is of 'great importance historically, as a one the most significant Islamic castles.'

He also pointed out the historical, political, and cultural relevance of the place, as well as its architectural construct that prompt the place for such an addition to ISESCO's heritage index.

The Palace is a 28,882 square meter construct, consisting of 214 rooms that were used for storing weapons and artillery while other rooms were used to host guards and soldiers, as the palace is located near the city walls and main gate.

It's a marvel of Kuwait's first quarter of the 20 century's antiquities, with wide open courtyards and large hand crafted wooden doors in addition to the Islamic style arches surrounding the internal design of the building.

Ramadan is when this palace is publicly significant as it is used for the launch of the Iftar canon drill that is a tradition in Kuwait ever since the city walls were erected.

'Standing in the middle of the courtyard, you can see the long liwan from both the northern and eastern side with arches and columns of Islamic architectural design.'

In 1950, the Palace became headquarters of Public Security Directorate to serve as a place to settle issues, difference, as well as unlawful cases, under the auspices of Sheikh Abdullah Al-Mubarak Al-Sabah and Sheikh Abdullah Ahmad Al-Sabah may they rest in peace.

The decision finally came following 2 days of sanctioned meetings as the committee closely examined the historical relevance of the palace in accordance with the Islamic world and the culture that presides from it.