Social
News ID: 1412218
On the occasion of the 25th demise anniversary of Imam Khomeini (RA), a forum titled “Imam Khomeini (RA, Harbinger of Unity and Moderation” will be held on June 3 in Sarajevo, Bosnia and Herzegovina. 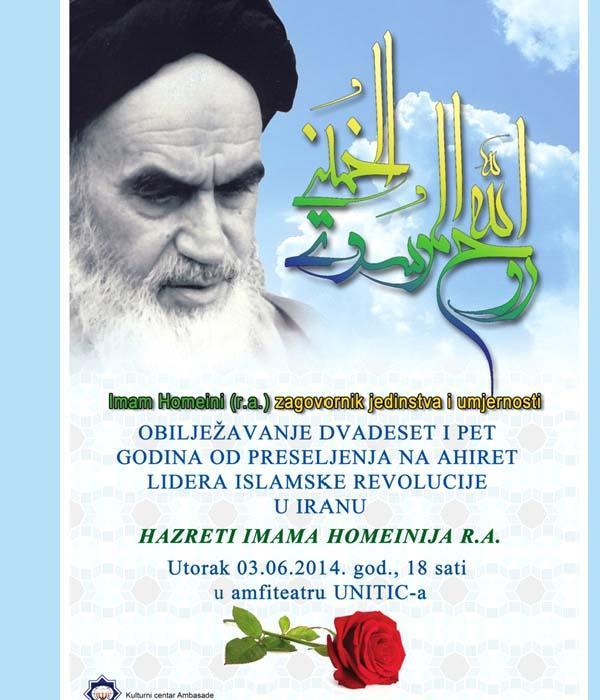 According to IQNA’s branch in Europe, the program will be organized by the Iranian Cultural Center in Sarajevo at the Yuntech Hall of the capital city.

Bosnian political, scientific, cultural and religious figures, representatives of Bosnian Islamic community, university lecturers, historians and experts of education in the country will participate at the forum.

An exhibition of photos featuring various aspects of Imam Khomeini’s (RA) life, written works of the late founder of Islamic revolution, and translations in Bosnian, Arabia and English languages about the scientific and practical seerah of Imam Khomeini (RA) as well as software products introducing his character will be held on the sidelines of the forum.

A CD titled “Ruhollah” (the first name of Imam Khomeini (RA)) which contains a short review of his life will be gifted to the participants at the program.