Israeli Attack on Gaza Protested Around the World

General
News ID: 1428599
Thousands of people around the world have taken to the streets to protest against Israel's military operations on Gaza, which have killed at least 108 Palestinians and wounded more than 800 others - mostly civilians - over the last week. 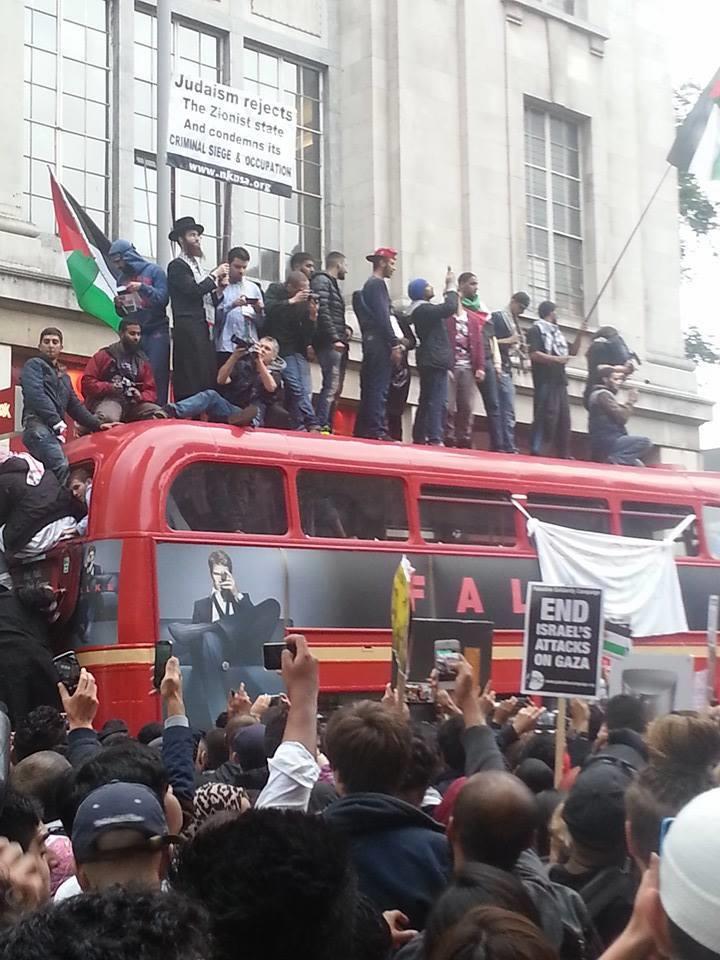 Protesters in the German capital of Berlin and Greek capital of Athens gathered in front of Israeli embassies to demonstrate against Zionist aggression.
Turkish citizens in nearly a dozen cities staged protests and funerals for those who died in Palestine, while Turkish Cypriots held a separate demonstration in the Turkish Republic of Northern Cyprus.
There were also rallies in Algeria and Tunisia.
Ceasefire call
In London, thousands of people including anti-Zionist Jews and Turkish citizens chanted "Free Palestine" and "Israel, stop attacks against Gaza".
Turkish lawyer Hakan Camuz told the Anadolu Agency at the protest that the group wants Israel to end hostilities, saying: "Israel's illegal actions are no longer accepted by anyone."
Hundreds of people demonstrated outside the Israeli Embassy in Washington, calling on the Israeli government to stop its military campaign in Gaza.
“I’m here to oppose the attacks on Gaza, and to call for a ceasefire,” said Blake Selzer, a Washington, D.C-based humanitarian aid worker who has been to the Palestinian enclave.
He said the ongoing violence “is only going to expand the humanitarian problem”.
International pressure
The protest was co-organized by three activist groups: Code Pink, the American-Arab Anti-Discrimination Committee and the Washington peace center.
Several non-governmental organizations in Turkey, including the Human Relief Foundation and Mazlumder, issued messages of protest.