“Muslim Face” to Be Launched In Spring

Culture
News ID: 2768911
TEHRAN (IQNA) - Catering to the growing influence of social media among Muslims, a new Islamic social media platform, Muslim Face, will be launched this spring to connect Muslims in a socially responsible network. 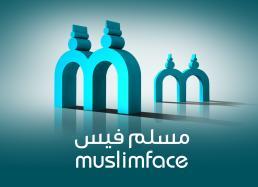 “This social platform is an international project. It is designed from a Muslim point of view, but also opens up new opportunities with the rest of the world,” Shoaib Fadie, Muslim Face co-founder, told Zawya on Sunday, January 25.

Adopting the slogan “by Muslims, through Muslims, to the world”, the unique social network aims to bring Muslims closer together through its smart features, fresh trends and spiritual inspiration.

Muslim Face, which is under beta testing by more than 1,000 global users, is socially responsible, safe for families and respects religious values, according to its founders.

It will also be available in different languages English, Arabic, Persian, Urdu, the Malaysian language Bahasa, Turkish, and Indonesian. Other languages are also expected to be added.

“In the modern age, you can't avoid using the internet,” Fadie noted.

“A huge number of Muslims now use different social media platforms and it has become imperative for Muslims to establish a social platform that connects internet users, including their families, around value-based content, products and services that also respect Islamic principles,” he added.

The concept of Halal internet and websites was first introduced by Iran in a new Halal search engine titled ImHalal.

Launched on September 2009, it was founded by Reza Sardeha; a 20-year-old Iranian-Kuwaiti student living in the Netherlands.

The Islamic search engine filters internet content and presents users with what its creators call “clean web pages” that do not contain bawdy material.

It gives Muslims around the world the chance to search the internet safely without coming across offending or pornographic content.

The world’s first Islamic search engine is available in 15 languages including Arabic, Chinese, Farsi and Turkish, as well as English.

The socially-responsible content of the Islamic social network makes it teen-friendly due to its filters which ease parental concerns.

“Our platform is designed to be a universal Islamic alternative to popular social networks but it is also open for non-Muslims who want to subscribe to platforms that are socially responsible and safe for children,” said Fadie.

Muslim Face aims to offer business opportunities for investors, entrepreneurs, customers and partners, besides becoming a hub for the Islamic market that worth US $6.7 trillion.

As 62% of the world’s 1.6 billion Muslims aged under 30, the new social media platform will connect the new generations with the spiritual leaders online.

It will also offer an online “majlis” or council for the online Muslim communities.

“Many Muslim users voiced concern over anti-Islamic content and blasphemy posts in some other social media platforms but they didn't quit because all their friends are members there,” Co-founder Rohail Amin M. Shoaib explained.

“As a family-friendly platform, Muslim Face guarantees exciting content that does not conflict with Islamic values. It combines modern technology with the values of our religion.”

The Muslim Face is not the first social media network for Musims.

In 2011, a group of Muslim businessmen unveiled plans in Turkey for a Facebook-style social networking site that respects Islamic values and offers a healthy atmosphere for young, Islamic audience.

The project, SalamWorld.com, was introduced by businessmen from Turkey, Egypt, Germany and other countries.