Muhammad, the Messenger of God: The Enthralling Account of Islam's Origin 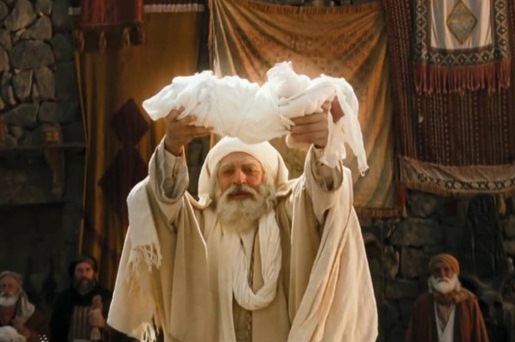 Majid Majidi's historic epic film, "Muhammad: The Messenger of God" has finally hit Turkish theaters, causing a stir among the audience as it is the first film to focus on the birth of Islam as well as the life of Prophet Muhammad (PBUH) since Moustapha Akkad's acclaimed 1977 film, "The Message." One of the most anticipated films of the year with a budget of almost $40 million, "Muhammad: The Messenger of God" follows the birth of Islam through the early years of Prophet Muhammad and delivers an important message that the world needs the most during these hard times: All divine religions heralded the coming of a new savior and all messengers of God were sent to complete the word of God.

The film opens with a scene of sunrise, which enchants the audience with its brightness and takes over them with warm colors, preparing film lovers to enter a time where a divine being walked on earth. The film begins "in medias res," in the midst of action: Muslims are banished by the pagan rulers and locals of Mecca and forced to leave the city if they want to survive. Abu Talib, the beloved uncle of Muhammad, is the middle man in negotiations between Mecca and Muslims and in time of desperation, sitting outside Muhammad's house, he recalls how things started.

From that time on, Majidi turns his camera toward the time when Amina is pregnant with Muhammad and presents the young Abu Talib as the narrator of the story. Although the film covers Prophet Muhammad's life until age 13 - long before he first receives the divine revelation - a sequence of extraordinary events including swarms of birds carrying small rocks coming and bombarding a horde of elephant-riding Abyssinians, driving them away, suggest that the child that Amina is carrying will be much more than an ordinary boy and might be the Messiah that previous monotheistic religions have been waiting for centuries. The only setback in the film, albeit a major one, is that those who are not familiar with the history of Islam and the story of Muhammad as the last prophet sent to mankind by God, may make some of the audience feel a little lost. However, after the first few minutes of the film, Majidi's story certainly draws the audience back into the game.

Majidi successfully touches upon several universal themes throughout the film, probably the most visible of which is the maternal tragedy suffered by the widow Amina, the mother of Muhammad. Right from the start, Amina is unable to feed Muhammad and the baby is denied a wet nurse because of orders from one of his uncles, who is also the key antagonist of the story along with his childless wife. However, Amina's tragedy continues as Muhammad is given to a Bedouin family in order to keep him safe from the prying of those who suspect that he's the prophesied spiritual messenger. 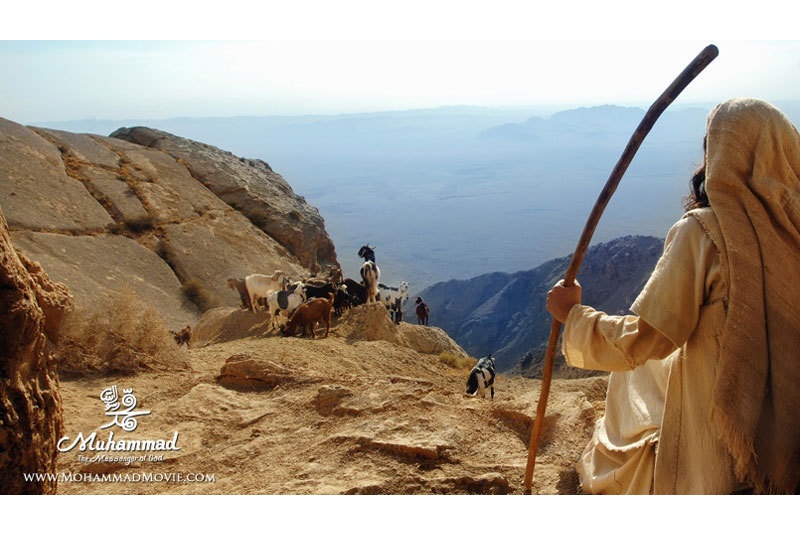 Throughout these emotional scenes, while Muhammad shows compassion to slaves and heals his foster mother who is on her deathbed, the music composed by Indian Academy Award winner A.R. Rahman plays an important role. The musician who worked on the film's score for more than 18 months is quite a genius in how and where he uses his tunes. Rahman uses the familiar Middle Eastern sounds by blending them with Western music, creating a bridge between the film and the Western audience. Although there are not many vocals in Rahman's score, an angelic voice accompanies Rahman's melodies during the scene where Muhammad's grandfather watches his newborn grandson, illuminated by moonlight, which is quite angelic as well. However, Rahman is not only good at delivering his score in emotional scenes but also at increasing the tension in action scenes. During the scene where the Abyssinians march to the city of Mecca with their elephant army, Rahman focuses on drums, keeping the audience in suspense and preparing them for the action in store.

Aside from Rahman's custom-designed scores, one cannot deny another Academy Award winner Vittorio Storaro and his heavy influence on the imaginary. The veteran cinematographer is surely the secret weapon of Majidi throughout the film. The touch of Storaro is visible throughout the scenes from the horse and camel rides through the immense desert to the busy city life in Mecca, especially around Kaaba. The cinematographer successfully creates an organic bond between the angelic scenes which hint that Muhammad is more than an ordinary boy and the true historic events that took place around the time of Muhammad's birth and childhood. One of the most striking scenes in the film is where part of little Muhammad's clothing gets stuck on a spiky plant as he walks around a hill. The plant clings on and will not let go, emphasizing that nature embraces the messenger of God completely. The veteran cinematographer beautifully delivers this scene to the audience adding a little bit of magical text during this short but powerful image. Despite the fact that Storaro manages to offer beautiful scenes to the audience right from the beginning, he should be applauded for his camera skills where he allows the audience to see the scene through the eyes of Muhammad via a customized steadycam.

Both Majidi and Storaro are very cautious and respectful about the Islamic convention by never showing Muhammad's face and shooting him mostly from the back and surely the steadycam comes in handy while offering the audience slight fractions of Muhammad's point of view. Majidi is also very clever about delivering Muhammad's words throughout the film. During his childhood and early adolescence, Muhammad's words are delivered to the audience not through sound but through subtitles. However, in the conclusion scenes of the film, going back to the start to the time Muhammad is a prophet, the messenger of God, the words of the Islamic prophet are delivered though his uncle, Abu Talib.

Considering its budget and the award-winning experienced team behind the scenes, Majidi's film, "Mohammed: The Messenger of God," to which he devoted seven years of his life to filming and editing, stands out as his masterpiece. The three-hour-long film which is planned to be the first of a trilogy offers a feast for the eyes and the soul.