Arbaeen Mass March Promotion of Spirit of Fighting for God 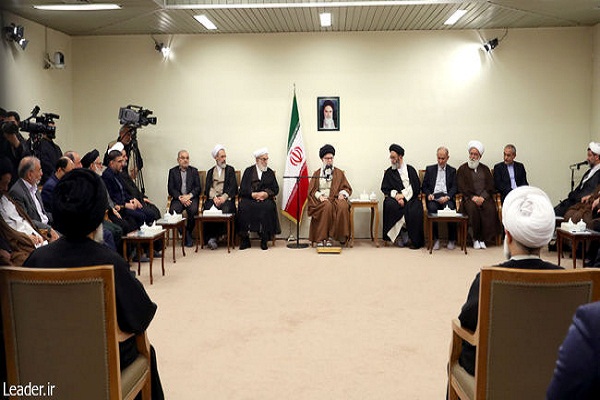 In a meeting with a group of officials and cultural activists from the Iranian provinces of East Azerbaijan and Qom, the Leader prayed and wished for God’s acceptance of the pilgrimage by pilgrims and expressed gratitude and appreciation to the organizers of the religious ceremony.

Ayatollah Khamenei described the great Arbaeen marching as a sign of the spread of the spirit of campaigning and fighting on the path of God and preparation for martyrdom across the Muslim world, Leader.ir reported.

"The turnout of this huge crowd from various corners of the world despite terrorist threats is a great phenomenon and indicative of the promotion of the ideology of fighting on the path of God as well as general and public readiness on the path.”

The Leader of the Islamic Revolution described as unprecedented and indescribable the divine and spiritual phenomenon of Arbaeen marching and thanked all those involved in holding this great ceremony.

"We wholeheartedly thank the beloved Iraqi nation who sincerely and cheerfully received the pilgrims of Imam Hussein (AS), young Iraqi and Popular Mobilization Units fighters and those involved in providing security for the ceremony as well as those in charge of the holy mausoleums in Najaf and Karbala and ask for divine blessings for them.”