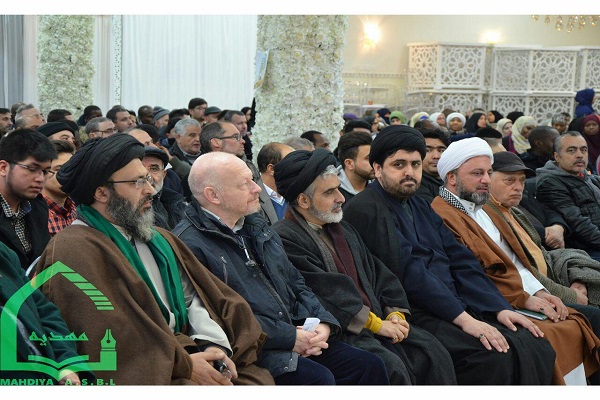 It was held at the center on Sunday in cooperation with a number of other Shia centers in the Belgian capital.

Muslims, both Sunni and Shia, from different parts of the European country took part in the celebration.

Also attending, was Bishop John Wan, who in a speech underlined that all divine prophets were messengers of peace.

Other speakers also delivered speeches in French, Arabic, Persian and Turkish, discussing issues such as the Holy Prophet (PBUH) in views of followers of other faiths, and the objectives of prophetic mission and Imammate.

A separate celebration on the occasion was held at the center for children and teenagers.