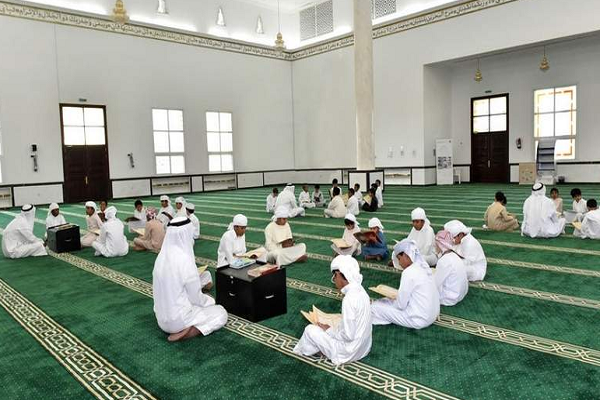 The curricula, the first of its kind in the UAE, is the initial step of the center to help aspirant learners have full command of Quran memorization and recitation in a way that boosts and promotes memorization of the Quran nationwide.

"This in line with the relentless effort of the Sheikh Mohammed Bin Obaid Al Maktoum Foundation and its team work to serve the Holy Quran and take care of its memorizers and learners."

The center, recently inaugurated, has adopted a clear vision to teach and train its male and female students as per the best standards in science, conduct, education and ethics to be good citizens, and helpful to their community and nation, she said.

Learners of the first level need to memorize the last two Juza or parts of Quran - 'Amma' and 'Tabarak', in a closed circle, she explained.

"They also have to learn the curriculum of Quranic letters pronunciation, and study the Tajweed or art of perfect recitation curriculum by fully memorizing the textbook of the 'Children Masterpiece'."

Al Falasi said each and every student in any of the seven levels cannot move to a higher level unless he or she has perfectly studied and learnt by heart the one below.

"This helps tighten their memorization, and qualify them to be competent Quran teachers," she underlined.

"This also help them master the art of Tajweed or perfect recitation with no need to go through separate courses or further qualifying programs in 'Al Jazriya', 'Pause and Start', and 'Masterpiece'."

"This is because all these important books are already included in the curricula of the Centre that represents a new era of Quran study centers in the emirate of Dubai."