General
News ID: 3466393
TEHRAN (IQNA) – The second edition of Iraq’s national Quran competition for women is underway in the holy city of Karbala with 100 participants from different provinces of the country. 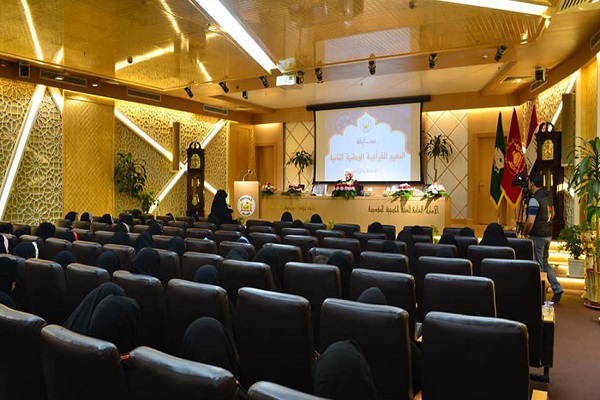 According to the website of the Astan (custodianship) of Imam Hussein’s (AS) holy shrine, the Women’s Religious Dissemination Section of the Astan has organized the competition, titled “Al-Na’eem”.

The participants, who represent Quranic institutes of 10 provinces, compete on memorization and recitation of the Quran.

Speaking at the opening ceremony of the competition, Intisar Fadhil head of the Quran Teaching Center of the Astan, said that the main objective of the national Quranic event is to identify women Quranic talents and prepare them to participate at international Quran competitions.

Sheikh Ali Matiri, head of the Women’s Religious Dissemination Section, in his address said that the title of the competition was taken from verse 22 of Surah Al-Mutaffifin “Indeed, the righteous will be in pleasure” and added that making the pilgrimage to the holy shrine of Imam Hussein (AS) is the real pleasure for the participants.

He further stressed that seeking the satisfaction of God should be the main goal of the participants in Quran competitions.