'Dream of Peace' Closer for Muslims in Philippines

General
News ID: 3466440
TEHARN (IQNA) – Supporters of the Philippines' largest Muslim rebel group gathered in their tens of thousands on Sunday to discuss a landmark law granting them autonomy, with one expressing hope it would make their "dream of peace" a reality. 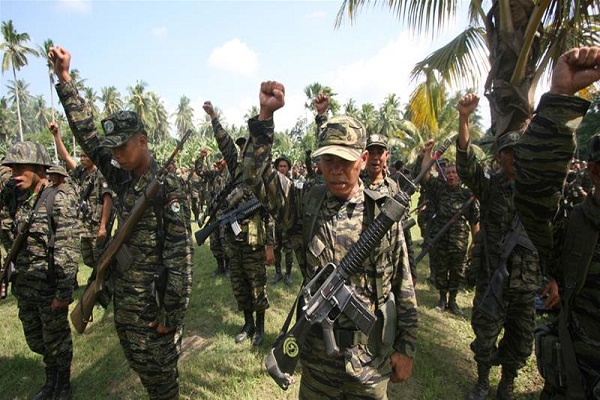 President Rodrigo Duterte last week signed the law, a key step to ending a Muslim rebellion in the south of the mainly Catholic Philippines that had claimed about 150,000 lives since the 1970s.

Moro Islamic Liberation Front members, supporters and local residents from various parts of the southern island of Mindanao, including women in headscarves and fighters carrying arms, trooped to the main rebel camp there for a consultation.

Their leaders are seeking support for the law in advance of a referendum on the measure, which creates an expanded autonomous region and is aimed at ending one of Asia's longest and deadliest conflicts.

"This is our dream. If we end this [fighting], hopefully, we can live in peace," Nasser Samama, a 61-year-old veteran rebel fighter, told AFP news agency at Camp Darapanan.

"Most people want peace and so do we in [the Front] forces. What [the Front] has achieved is not just for our group but for the whole of Mindanao."

Muslims have long battled for independence or autonomy in Mindanao, which they regard as their ancestral homeland.

The law aims to enforce an historic but fragile 2014 peace deal under which the Front vowed to give up its quest for independence and lay down the weapons of its 30,000 fighters in return for self-rule.

Under the law, a new political entity known as the Bangsamoro Autonomous Region would replace the current autonomous region created following a 1996 deal with another rebel group, the Moro National Liberation Front.

The Bangsamoro is set to have more powers and cover a bigger area.

Rebel leaders approve of the measure but say its communities would need to back the law for it to pass a plebiscite.

On Sunday, many of the group's members, who have endured decades of conflict, said they supported the law.

"This is the beginning of peace in Mindanao. This is the start of unity between Muslims and Christians," housewife Babaidi Budain said.

Some expressed fear the law would not bring development to the resource-rich, but poverty-stricken south.

"Everyone in Mindanao should avail themselves of the opportunity the region offers. If not, it would be the same, the Bangsamoro would not prosper," said community worker Nasser Sulaiman.