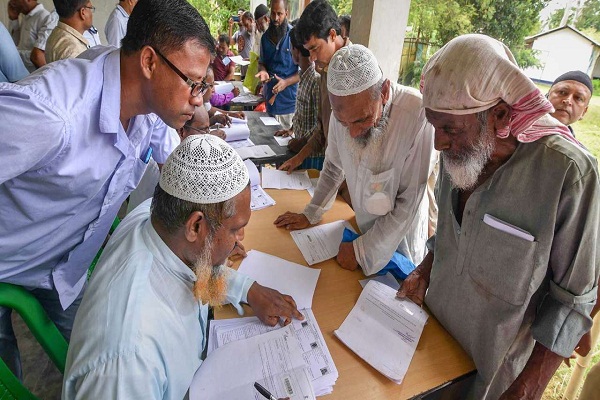 Terming the whole exercise full of faults and fictitious for ignoring genuine and valid documents like Passport and Aadhar Cards as proof of citizenship, Mushawarat’s president Navaid Hamid described it as tragedy on a massive scale.

“What about families of freedom fighters, descendants of great people who had confronted the accession of areas of Assam state to then East Pakistan whose names have been excluded in the proposed NRC list?”

He said that families of former Deputy Speaker of Assam state assembly and former Director General of Police and several government pensioners also do not find their names in the proposed NRC list.

“Unfortunately the only guiding criteria of the officers of NRC officials, it seems, was politics of bigotry and hate to exclude as much as Bengali speaking citizens (overwhelming majority with Muslim names) and a good number of citizens with roots of ancestry in Bihar.”

“ The whole exercise is being done not only to create an environment of hate and polarize nation on communal lines but also to create a fear psychosis amongst the citizens across nation invoking false bogey of infiltration,” said Hamid.