General
News ID: 3466619
TEHRAN (IQNA) – For the first time ever, Muslims mobilized a national effort to register people to vote in the upcoming US elections. 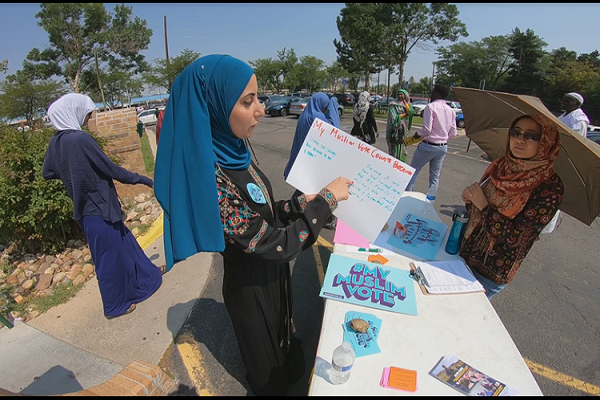 Colorado was one of 30 US states that took part in National Muslim Voter Registration Day on August 24.

There were 20 volunteers speaking 10 different languages in nine mosques around the state registering Muslims to vote in Colorado.

Iman Jodeh, the spokeswoman for the Colorado Muslim Society, says the state is home to over 75,000 Muslims, 9news.com reported.

This growing community has been doing a big push for civic engagement.

Jodeh says 60 percent of Muslims in Colorado are immigrants or refugees. They come from countries where voting was banned or dangerous.

At the voter registration tables outside the mosque, volunteers had people fill out posters that said, “my Muslim vote counts because…” One of the answers was, “… because I was born and raised here, and my family is military who proudly served and protected this country.”

“It’s so cool to show that Muslims are not only Americans, but we also love and care about this country as well,” Jodeh said.