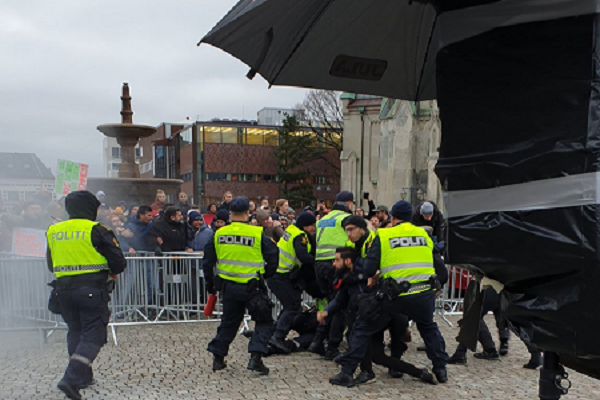 The observatory said in a statement on Saturday that the Norwegian Muslims, who organized an event to recite Holy Quran in the street, were backed by a large number of the Norwegian city of Kristiansand’s inhabitants, who decried the burning that took place this month in their area.

The observatory lauded great support offered by Norwegians for the Muslim community in the European country, urging that all countries should exert efforts to uproot all anti-religion and hatred-based crimes.

It also urged Muslims in Western countries to organize more similar events to spread tolerance and mercy of Islam.