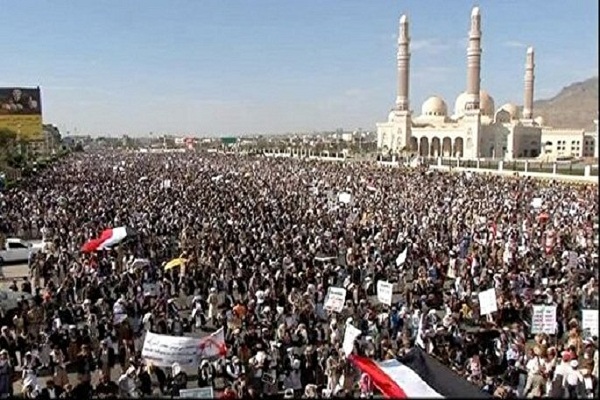 The demonstrators carried photos of the martyrs and chanted “Allahu Akbar (God is great)”, “US is Great Satan”, and “US is terrorist”.

Mohammad Jabir Awad, the governor of Sa’ada province, in an address expressed condolences to Iranian and Iraqi leadership, the Houthi Ansarullah Movement and the families of the martyrs on their martyrdom and said Washington’s terrorist move will escalate tensions in the region.

He added that only expulsion of US forces from the region would be the right reaction to the act of terrorism.

Awad further underlined the resolve of the Axis of Resistance to take revenge for the assassination.

General Soleimani, al-Muhandis, and a number of their entourage were killed in a strike by American drones near Baghdad International Airport in the early hours of Friday.