Social
News ID: 3470798
TEHRAN (IQNA) – Neuroscience student Doha Anwar didn't know where to turn two years ago as she struggled with school work and questions about her faith and future. 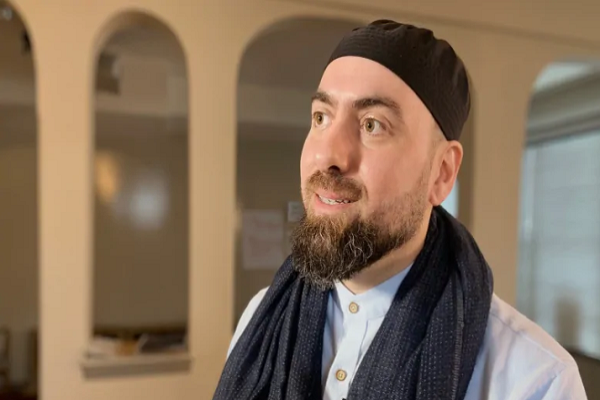 "It would have been nice to have a Muslim chaplain there ... someone I can talk to about things," said Anwar, now a fourth-year student at the University of Alberta.

"I don't think anyone else would have been able to understand that better than someone who would understand the religion itself."

Most of Long's time will be spent on campus supporting students at the U of A, Northern Alberta Institute of Technology and MacEwan University.

"(Young people) want to live their faith but they're struggling with the natural issues that come up in life and they want to find a safe place or a safe person with whom they could confide these struggles and can provide them with some guidance," Long said in a recent interview with CBC News.

Long, 38, said some youth might not feel comfortable turning to a mosque but still want direction from someone who understands Islam.

"They do want to bring it up," said Long, who studied counselling and Islamic theology at Hartford Seminary in Connecticut. "So a chaplain helps to bridge that gap."

On a recent Monday, Long met with a group of U of A students on campus, and they shared strategies around stress and self-care.

He is also there to support students in the aftermath of hate crimes and other incidents. In Oct. 2018, someone used the washing area where ablutions are made as a toilet.

"It just doesn't seem right and at times, you're not really sure what to do," Anwar said. "It's important to have someone to talk to about that."

What started as a food bank in someone's basement has expanded into a two-story warehouse unit and a social service agency that serves 5,000 Albertans monthly. IFSSA offers settlement services, training, emergency financial assistance, innovative programming and projects and a nurturing network for youth.

Executive director Omar Yaqub said the position is there to instill a sense of belonging. And while the chaplain position is new, the inspiration isn't.

"We're following in the really proud tradition we see of (Indigenous) elders in residence in many Canadian institutions," Yaqub said. "This is stuff that works. This is stuff that connects with youth in a really meaningful way."

Ingrid Mattson, chair of Islamic studies at the University of Western, founded the chaplaincy program at Hartford where Long studied.

She said the position helps youth exercise their right to religious accommodation in a society that primarily accommodates Christians, for instance with time off on Sundays and at Christmas.

"So religious minorities need to be able to negotiate their own time off or accommodations for their gatherings and for their practices, and young people need to learn how to do that for themselves," Mattson said. "So with the assistance of the chaplain they can learn to articulate their needs."

Mattson said Edmonton is fortunate to have Long in this position.

"He is a very gentle and wise person who I think will really bring a lot of benefit to the community," she said.