General
News ID: 3470806
TEHRAN (IQNA) – Members of Al Noor mosque in Christchurch, New Zealand, have increased their security measures following an apparent terror threat, two weeks before the first anniversary of the March 15 attack in which 51 worshippers were gunned down. 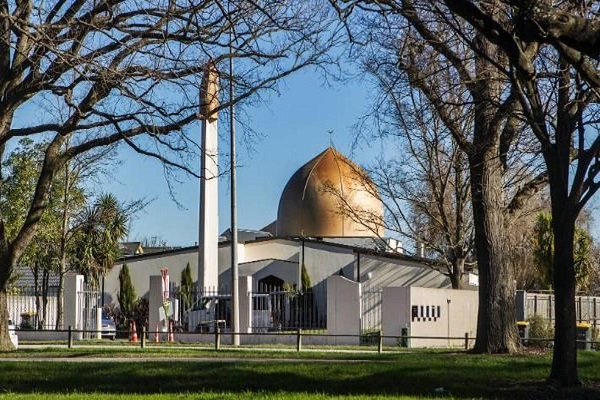 The threat was issued on Sunday night on an encrypted messaging app, accompanied by a photo of a masked man sitting in a car outside the mosque.

A police spokeswoman has confirmed an investigation into the threat is under way.

New Zealand Prime Minister Jacinda Ardern said it was "hard for me to believe" that anyone would threaten the Muslim community in such a way.

Christchurch's Al Noor was one of two mosques targeted in a racially motivated mass shooting on March 15, 2019. The alleged terrorist, an Australian national, awaits a trial due to begin in June.

Asked if she had been briefed on the threat, Ardern said she had only seen public reporting.

"I will be amongst many New Zealanders who will be devastated to see that, as we head towards the one year anniversary of a most horrific terror attack on the Muslim community, that they should then be the target of this kind of activity."

The threat and accompanying photo was posted anonymously to more than 2000 followers on a messaging channel on the encrypted communication app Telegram.

The image shows a man wearing dark sunglasses and a balaclava printed with an image of a human skull. Through a car window the front of the Al Noor mosque can be seen.

In the background, four people are visible at the entrance of the mosque.

The message attached, written in both English and Russian, implies the people at the "same mosque" would be greeting each other for the "last time". A gun emoji, or symbol, is also used in the message.

The image was posted on a messaging channel dedicated to celebrating the March 15 terror attack.

Security Intelligence Service director Rebecca Kitteridge last month warned some Kiwis have been inspired by the March 15 terror attack, and monitoring such people had been difficult.

An SIS spokesman declined to comment on the specific threat.

In February, Kitteridge said New Zealand's spy agencies were investigating some 30 to 50 people for a potential terror risk at any one time.

She said it was challenging to monitor such people as they "tend to live in encrypted chat rooms" – such as Telegram.

Kitteridge would not say if any specific terror plans had been intercepted.

Messages on the Telegram app first alerted the public to the arrest of a 27-year-old soldier connected to far-Right groups, in November 2019.

The soldier is awaiting a military trial, facing charges of accessing a computer system for a dishonest purpose and for disclosing information that prejudiced the security or defense of New Zealand.