General
News ID: 3471564
TEHRAN (IQNA) – A photo exhibition titled “Baqi’ World Day” has been held at the holy shrine of Hazrat Zeynab (SA) to mark the anniversary of the demolition of the Baqi’ Cemetery. 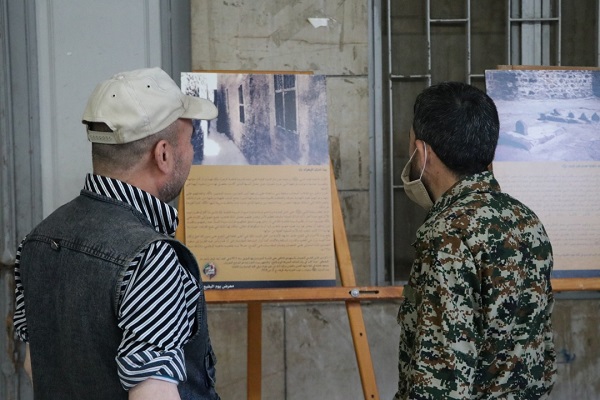 Organized by the representative office of the Islamic Revolution’s Leader in Syria, it has been under way since May 31.

Twenty photos of the cemetery before and after the demolition along with brief descriptions have been presented at the exhibition.

Visitors can also read about the history of the cemetery and destruction of the holy shrines of the infallible Imams (AS) as well as the opinions of Muslim leaders in this respect.

Demolition of al-Baqi’ refers to the event of demolition of historical and religious graves and shrines of al-Baqi’ Cemetery by the Wahhabis of contemporary time. Wahhabis destroyed places and graves in al-Baqi' two times, once in 1220/1805-1806 and the second time in 1344/1926.