General
News ID: 3472090
TEHRAN (IQNA) – The World Assembly of Islamic Awakening welcomed a move by Turkey to convert Istanbul's historic Hagia Sophia into a mosque again, describing it as brave and praiseworthy. 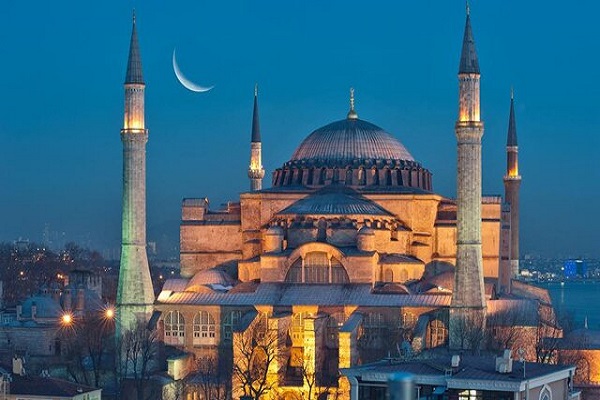 In a statement on Sunday, the secretariat of the assembly deplored the destruction of Muslim sites and Islamic civilization’s heritage during the Crusades and noted that Muslims, however, did not turn the heritage of the Western world’s civilization into ruin after conquering them but saved them as places of Islamic worship, thus contributing to cultural interaction and continuation of human civilization.

It further referred to the recent move by Turkey to reconvert Hagia Sophia into a mosque and said it was a courageous and praiseworthy step in seeking to revive the Islamic identity and return the Islamic heritage to the Muslim world.

The assembly also called on all Muslims in the world to support and acclaim the “smart” decision by the Turkish government.

The first official prayers at Istanbul's Hagia Sophia complex took place on Friday after it was converted back into a mosque. Thousands flocked to the site to attend the prayers including Turkish President Recep Tayyip Erdogan.

The iconic site, now officially known as the Great Mosque of Ayasofya, was constructed in the 6th century AD as a cathedral, during the Byzantine Empire, but was converted into a mosque after the Ottoman conquest of Constantinople in 1453.

In 1934, Turkey’s cabinet declared it a museum. However, on July 10, Turkey’s Council of State, which is the highest administrative court in the country, annulled the 1934 decision, saying the move had been unlawful.