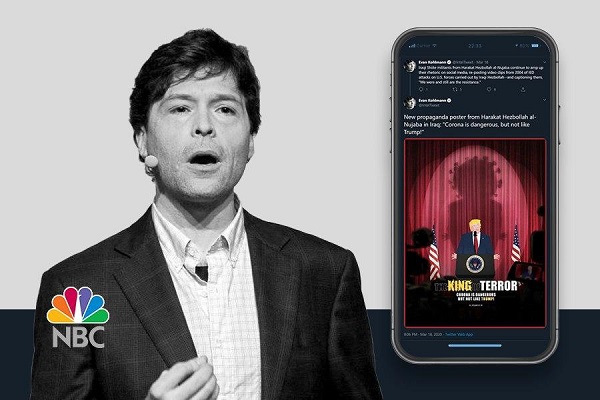 Evan Kohlmann, re-twitting the graphic design “The King of Terror”, produced by al-Nujaba’s Center for Communications and Media Affairs in Iran, wrote, “Iraqi Shiite militants from Harakat Hezbollah al-Nujaba continue to amp up their rhetoric on social media”, the center reported.

Kohlmann added, “They re-post video clips of the past IED attacks on U.S. forces carried out by Iraqi Hezbollah--and captioning them, ‘We were and still are the Resistance.’”

The political-media activist’s tweet also includes the above said graphic designs and explains, “New propaganda poster from Harakat Hezbollah al-Nujaba in Iraq: ‘Corona is dangerous, but not like Trump!’”