TEHRAN (IQNA) – The holy shrine of Shah Cheragh in Iran’s southern city of Shiraz hosted a ceremony on Saturday in which a number of newlywed couples marked the start of their married life. 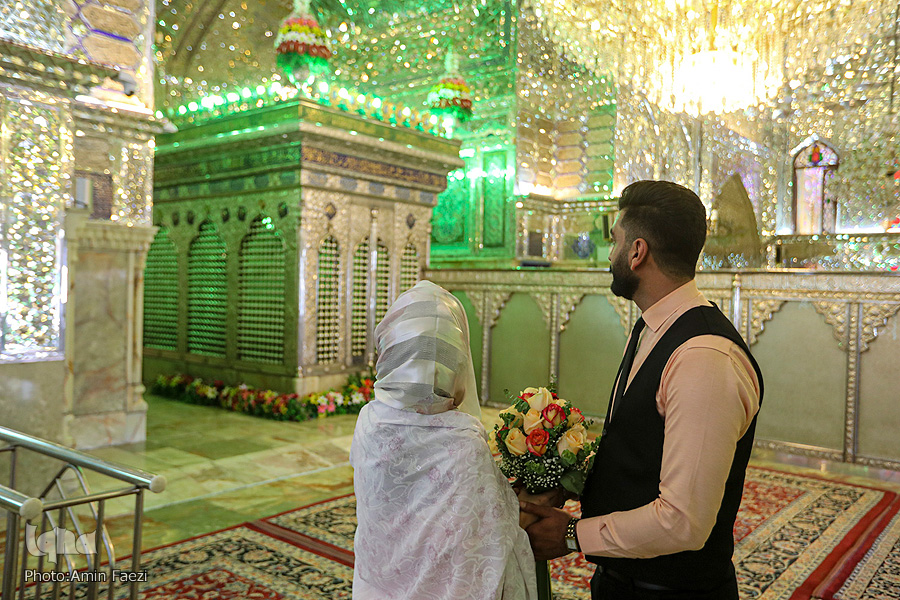 The ceremony was orgaznied on the occasion fo Eid al-Ghadir.

Shah Cheragh is a funerary monument and mosque in Shiraz, housing the tomb of Ahmad and Muhammad, the sons of Imam Musa Kadhim (AS), the seventh Shia Imam.

It is the most important pilgrimage center of Shiraz in Iran’s southern province of Fars.

Shah Cheragh literally means (the Shrine of) the lord of the light.