TEHRAN (IQNA) – A German citizen who has recently converted to Islam held his wedding ceremony on Eid al-Ghadir at the Nasir-ol-Molk Mosque. 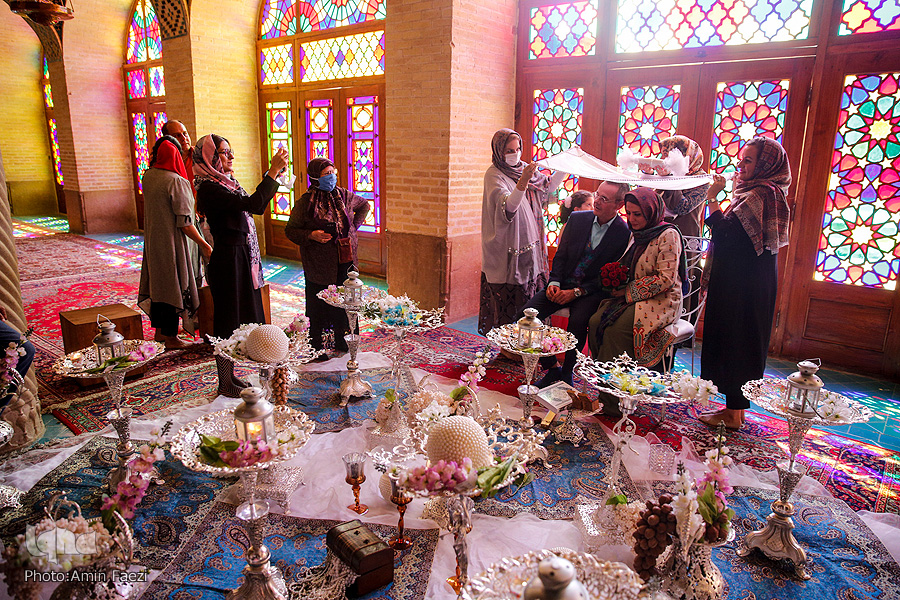 The Nasir-ol-Molk Mosque, also known as the Pink Mosque, is a Qajar-era Muslim place of worship in Shiraz, south of Iran.

The mosque includes extensive colored glass in its façade and displays other traditional elements.

When sunlight shines through the colorful glasses, it presents as exemplary beauty to the interior of the bedchamber, making this mosque outstandingly aesthetical. The tiling and paintings of the bedchambers are of exceptional beauty as well.