General
News ID: 3472274
TEHRAN (IQNA) – Iran’s Foreign Ministry strongly condemned a recent move by the UAE to sign a deal aimed at normalization of ties with Israel, describing it as an instance of “strategic idiocy”. 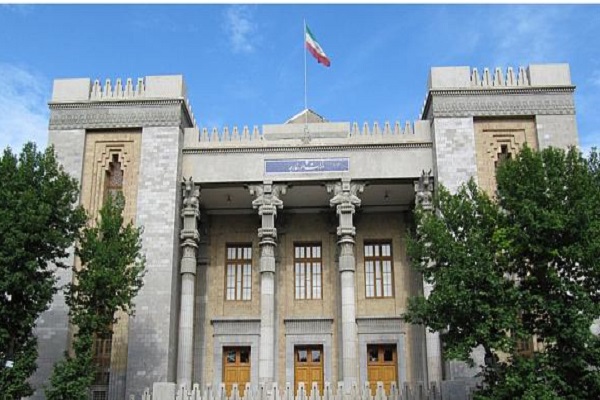 In a statement, the Foreign Ministry said the move by Abu Dhabi and Tel Aviv will only end up strengthening the resistance front in the region.

The oppressed people of Palestine and all free nations of the world will never forgive normalization of relations with the criminal regime of Israel.

“History will show how this strategic mistake by the Zionist regime and this act of backstabbing by the UAE against the Palestinians and, by extension, the entire Muslim community, will conversely result in fortifying the resistance axis.”

The Islamic Republic of Iran considers this disgraceful move by Abu Dhabi as a dangerous move and warns against any interference by the Zionist regime in the Persian Gulf equations, it said.

The government of the UAE and other governments moving on the same path must accept responsibility for all of the consequences of such a move, the statement stressed.

The agreement, which US President Donald Trump apparently helped broker, was announced on Thursday.

Trump hailed it as a “huge breakthrough” and a “historic peace agreement between” its “two great friends,” while US Secretary of State Mike Pompeo called it an “enormous” step forward on the “right path.” Israel's Prime Minister Benjamin Netanyahu, meanwhile, claimed that the deal marked “a historic day.”

Palestinian factions, though, unanimously slammed the development with the Gaza-based Hamas resistance movement calling it “a reward for the Israeli occupation and crimes," and the West Bank-headquartered Palestinian Authority (PA) denouncing it as an act of “aggression” against the Palestinian people and a “betrayal” of their cause.

Palestinian President Mahmoud Abbas recalled the Authority’s envoy from Abu Dhabi and demanded that the Arab League address the issue of the agreement in an emergency meeting.