General
News ID: 3473725
TEHRAN (IQNA) – A historical mosque recently discovered near Lotus Lake in Islamabad, Pakistan’s capital, is now believed to be 500 years old and can be declared an archaeological site after review of surveys conducted by the relevant authorities. 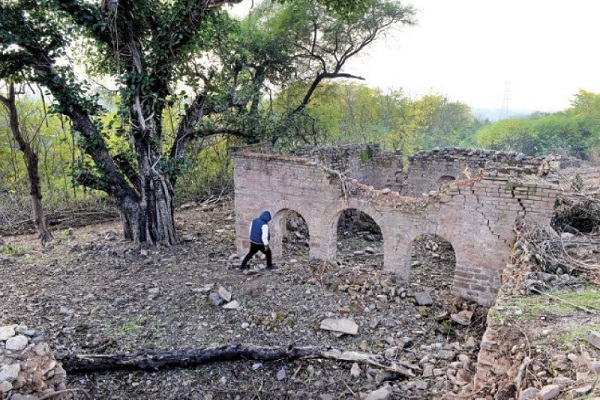 According to the details, the Environment Wing of the Capital Development Authority (CDA) recently found ruins of the old mosque while carrying out development work at the Lotus Lake.

At the first instance it appeared that the mosque was almost 100 years old but when the Environment Directorate sought expert opinion of the relevant authorities they maintained the ruins showed that it was built some five hundred years ago.

Now the CDA is in the process to make arrangements for a comprehensive survey of the mosque to determine the real facts about it.

The CDA’s Environment Directorate maintained that the mosque was used as a worship place by the villagers in Shakarparian.

This abandoned mosque was discovered when the cleanliness drive was launched during the development work of Lotus Lake. The banyan tree located in the mosque’s courtyard is also believed to be 500 years old.

The CDA’s Director General Environment paid a visit to the site of the mosque and directed the staff members to prepare a plan to restore it to its original glory.

The experts of the archaeological department would also, be engaged in the restoration process that is likely to be initiated in the coming weeks.

The CDA has already preserved and developed 2,400-year-old Sadhu ka Bagh and caves located at Shah Allah Ditta, measuring two acres of land. In addition to the famous Banyan trees, other centuries-old trees including Date Palm, Kau, Phulai, Banyan, Mango and Peepal have also been preserved by the civic agency.

In his message the CDA’s Director General Environment said, “We are on a ‘history hunt’ and discovery of this old mosque may be a start for such more discoveries in the capital city.”