Mosque near Paris Closed in October to Reopen Earlier than Announced

General
News ID: 3473873
TEHRAN (IQNA) – The Grand Mosque of Pantin near Paris, closed as part of a crackdown against “radical Muslims” by the French government in the aftermath of history teacher Samuel Paty’s assassination, will soon be reopened, the interior minister announced Monday. 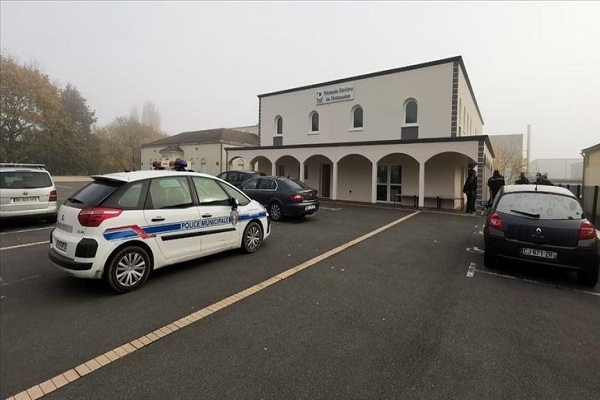 The mosque was forced to shut down last October after posting a video on social media condemning Paty and demanding his eviction from a school in Conflans-Sainte-Honorine for showing offensive caricatures of Prophet Mohammad (PBUH).

Speaking at the National Assembly on Monday during a discussion on a bill consolidating the respect of the principles of the Republic, or separatism bill, Gerald Darmanin conceded that since its closure in October, the mosque has “brought itself into compliance with the laws of the Republic. We will have to reopen it for the benefit of the faithful.”

The council of state, the country’s top administrative court, had ordered the mosque to close for six months for sharing a video on its Facebook page on Oct. 9 of an anguished parent of a student of Paty’s class demanding the history teacher be fired for showing cartoons in the class on freedom of expression.

The council found the remarks in the video mentioning Paty’s name for showing the caricatures could provoke “violence, hate and discrimination” which justifies the closure of a religious site as per the Internal Security Law. A week after the video was shared, Paty was beheaded outside the school by a Chechen youth.

Darmanin had personally requested the closure of the Pantin mosque located in the suburb of Saint Denis for relaying the message to intimidate the teacher and disclosing the school’s address.

On Monday, Darmanin said the ministry will have to issue a decree earlier than announced for the reopening, because “we are not fighting against a religion, we are fighting against those who make an Islamist takeover against Muslims.”

He added that France has strong provisions to guarantee independence and autonomy for places of worship and this is distinct from politics of the day. However, due to “sickness and corruption,” the authorities are forced to suspend the activities of such associations where in the hidden parts illegal and secret acts are devised.

“When such decisions are to be taken, they must be done with a strong hand without trembling,” he said.

Darmanin explained the measure on the supervision of religious places and why the Pantin mosque was shut. He said the mosque’s organizers have now “cleaned the house and organized things in accordance with the law of the Republic” and therefore he has decided to authorize the reopening earlier than scheduled.

Speaking further on the proposed law targeting separatism, he affirmed that it is “faithful to the republican tradition of secularism" and was based on “neither naivety nor hysteria."

He said Muslim separatism was making France sick and damaging national unity, and in order to confront it, the principles of the Republic need to be strengthened.