General
News ID: 3474298
TEHRAN (IQNA) – Bahrain was absent Tuesday for a vote on a resolution condemning Israeli violations in the occupied territories at the United Nations Human Rights Council (UNHRC), in an unprecedented move by an Arab country. 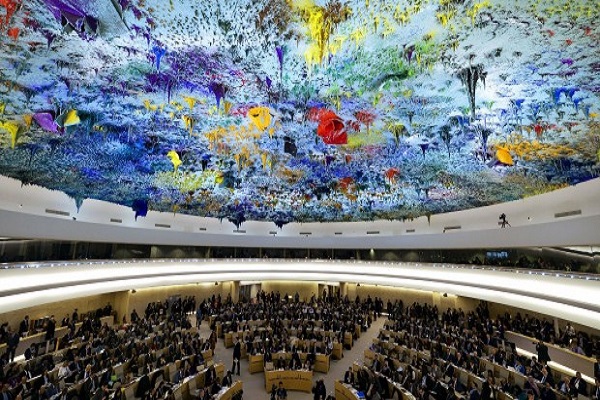 “Bahrain is the first Arab country [that] dares to deviate from the historical Arab consensus and not to vote in favor of a resolution condemning the Israeli violations in the occupied territories in a precedent in the history of discussing the Palestinian file at the United Nations,” Lebanon’s al-Mayadeen television network reported on Wednesday.

The resolution was approved by majority with 32 countries out of 47 in favor, including European countries that typically abstain from such votes.

According to the report, Bahrain’s absence came as a “surprise” and was contrary to the usual approach adopted by the Arab nations even at the previous session of the UNHRC.

Al-Mayadeen reported that Bahrain’s move had sparked anger among Palestinians.

Manama has normalized relations with Israel.

Last September, Bahrain and the United Arab Emirates signed controversial normalization agreements at the White House amid outrage across Palestine and elsewhere throughout the Muslim world. The move is seen by many as betrayal of the Palestinian cause.

The normalization trend has, however, been uniformly panned by all Palestinian people and factions as well as the Bahraini public that have been holding daily rallies since its inception.