General
The link was copied
News ID: 3475321
TEHRAN (IQNA) – The people of Yemen enthusiastically take part in Quranic activities and programs aimed at promoting the Quranic culture despite the continued Saudi-led aggression on the country. 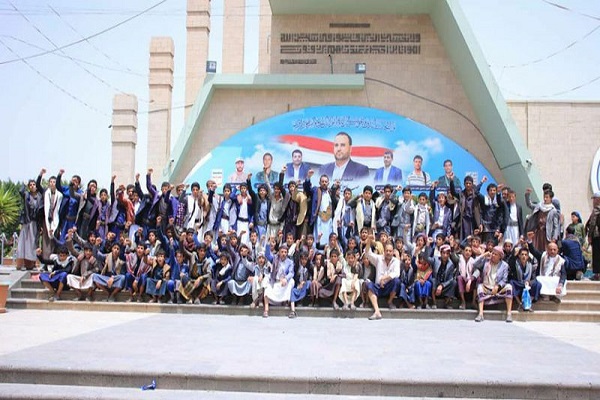 Osama al-Mahtouri, a Quranic official in Yemen, said the people’s reception of summer Quranic programs in the country this year has been amazing, Al-Ahed News reported.

He said there have been large numbers of people registering at Quranic centers and schools across Yemen this year.

In the Sana’a Governorate alone, there are more than 6,000 Quran schools and centers that have been offering Quranic courses this summer, he added.

According to the official, Yemeni leaders, including leader of the Houthi Ansarullah movement Abdul Malik Badruddin al-Houthi have greatly supported the centers.

As well as Quranic skills and Knowledge, those taking the courses learn about different religious, cultural and political issues, such as the cause of Palestine and the enemies of the Muslim Ummah, al-Mahtouri went on to say.

He also said that the Saudi-Zionist enemy has been angered by the people’s reception of the Quranic, religious and cultural courses.

Saudi Arabia and a coalition of its vassal states launched the war on Yemen in March 2015 in an attempt to reinstall a Riyadh-backed former regime.

The coalition has, however, achieved none of its goals thanks to stiff resistance by the Ansarullah-led Yemeni army.

The Saudi military aggression, coupled with a naval blockade, has killed hundreds of thousands of people and plunged Yemen into what the UN says the world's worst humanitarian crisis.