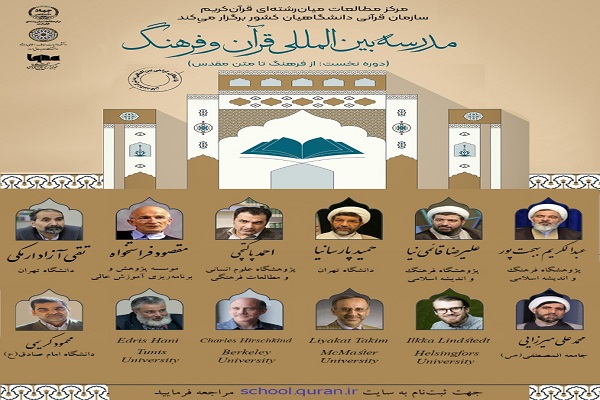 Mohammad Parsaeian, director of the center, told IQNA that it will be held in cooperation with Imam Sadiq University and attended by Quranic scholars from Iran and several other countries.

It is aimed at identifying the potentials of culture in the field of understanding the Quran and discuss aspects of functionalizing its concepts in today’s world, he said.

Registration has started and will conclude on August 11.