Normalization with Israel A Crime against Islamic Ummah 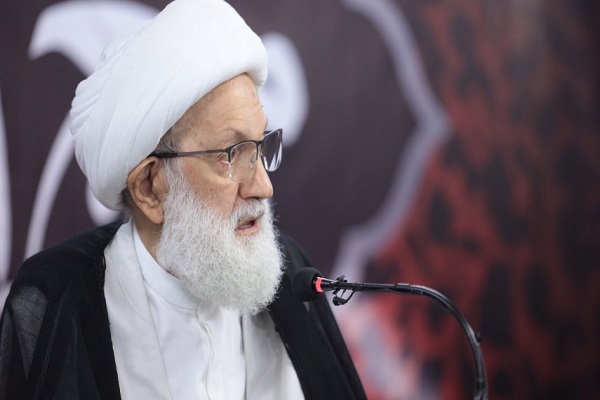 “What will you write in history about the opening of the embassy of the occupying regime and the visit of the Zionist foreign minister Lapid to Bahrain and the welcome of the Bahraini rulers except the government’s shame and crime against Islam, the Islamic Ummah and the people of Bahrain? And what gap this will create between the government and people?” tweeted the top cleric.

The tweet came as the Israeli regime officially opened its embassy in Manama last week while Israel Foreign Minister Lapid made his first visit to Bahrain.

Normalization has widened the gap between the nation and the government in Bahrain, added Qassem.

The visit came as Bahraini people and groups have voiced their protest against any normalization with the occupiers.

Naming the visit as an insult to Bahraini soil, the statement added that the presence of Zionists in Bahrain is a desperate effort to break the promise of Bahrainis about supporting Palestine.

Meanwhile, Bahrain’s Islamic Action Society (Amal) vehemently condemned the visit, blaming Al Khalifa for accepting enemies against the will of the nation. The crimes of Zionists against Palestinians and the humanity will not be forgotten and elimination is the fate of enemies of the Islamic Ummah.

In addition, sporadic protests erupted in different Bahraini cities to protest the normalization which was crack downed by Bahraini forces.