General
News ID: 3475947
TEHRAN (IQNA) – The ISIL terrorist group has claimed responsibility for Friday’s attack on a Shia mosque in Kunduz province which killed some 100 people. 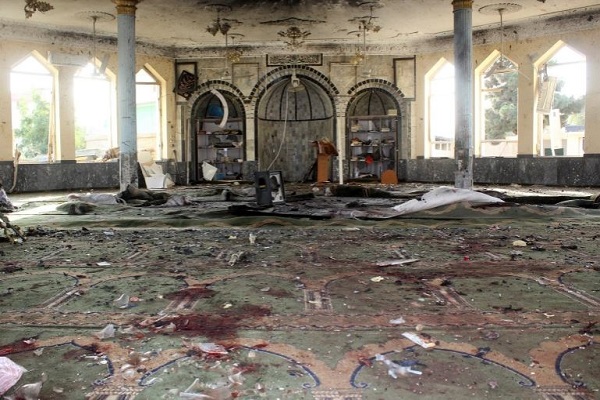 The Islamic State claimed responsibility for the Afghanistan mosque attack where at least 100 people were killed and injured, according to news agency AFP. The terror group said that the executor of the attack was an Uyghur.

A Taliban official said a blast went off Friday at a mosque packed with Shia Muslim worshippers in northern Afghanistan's Kunduz province, killing or wounding at least 100 people.

Dost Mohammad Obaida, the deputy police chief for Kunduz province, said that the "majority of them have been killed," in reference to the victims. He said the attack may have been carried out by a suicide bomber who had mingled among the worshipers inside the mosque, according to India Today.

"I assure our Shia brothers that the Taliban are prepared to ensure their safety," Obaida said, adding that an investigation was underway.

If confirmed, a death toll of dozens would be the highest since US and NATO forces left Afghanistan at the end of August and the Taliban took control of the country.

The worshippers targeted in Friday’s attack were Hazaras, who have long suffered from double discrimination as an ethnic minority and as followers of Shia Islam in a majority Sunni country.

Groups affiliated to the ISIL (ISIS) group have a long history of attacking Afghanistan’s Shia Muslims.