General
The link was copied
News ID: 3475963
TEHRAN (IQNA) – Al Nujaba Spokesman Al-Shammari stressed that the Iraqi people have followed the instructions of the religious authority and there will be a high turnout in the elections, speaking with confidence that the Saudi and Emirati regimes’ plan to intervene in the country would fail miserably. 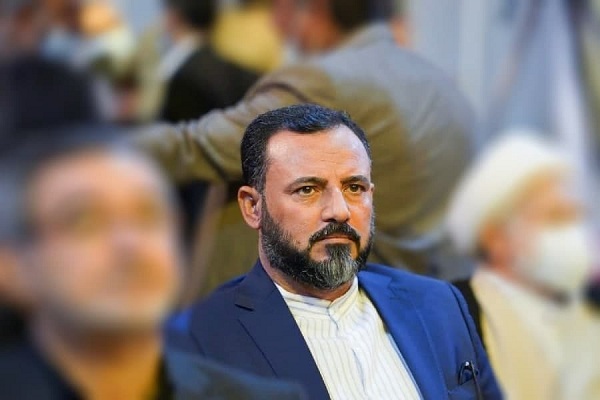 According to the Communication and Media Affairs Centre of al-‎Nujaba in Iran, in an exclusive interview with Mehr News Agency, Nasr al-Shammari, the official spokesman of the al-Nujaba Islamic Resistance Movement, predicted that there would be a high turnout in the country’s presidential elections with the encouragement of the supreme religious authority.

Criticizing the poor and disappointing performance of the al-Kadhimi administration, al-Shammari expressed hope that the anti-arrogance and pro-resistance movements would benefit from the results of the forthcoming election.

While confirming the large investment of some Arab regimes in order to influence and sabotage the electoral process, he assured the heavy defeat of their project in Iraq.

The full text of this conversation is as follows:

MNA: What are your predictions for the results of the parliamentary elections? How much do you think the Iraqi people will welcome the pro-resistance political groups?

Al-Shammari: Given the experience after the October (Tishrin) Uprising and the United States-led takeover of the Iraqi government, and given that the former administration was not hostile to the United States, but had positions against direct occupation and Washington’s gross interference in Iraq, but despite its short tenure, the current administration has caused many crises for Iraq. Among these crises are the economic crisis, the high exchange rate, the conclusion of contracts with almost bankrupt companies and governments and the sale of Iraqi oil at very low prices to countries that have compromised with the Zionist regime and have played a role in destroying Iraq and creating tension.

But after the fatwas were issued by the religious authorities, especially Grand Ayatollah Sayyid Ali al-Sistani and Grand Ayatollah Sayyid Kadhim al-Haeri, regarding the sanctity and prohibition of electing those who do not believe in the sovereignty of Iraq or encourage the normalization of relations with Israel or call for the dissolution of the Popular Mobilization Forces. The election will have major results in favour of movement and parties opposed to the presence of the United States, led by Islamic Resistance groups or their supporting factions and the Popular Mobilization Forces.

MNA: Currently, there are many news and reports about the spending of huge amounts of money by some Arab countries on the Iraqi elections. It seems that these countries are trying to win the support of their support groups in the elections. Can such interventions fulfill their demands?

Al-Shammari: This issue is true. Arab countries, led by the United Arab Emirates and Saudi Arabia, have spent large sums of money in Iraq at the behest of the United States to change its ideological and Islamic tastes and approaches, which are related to the Ahl al-Bayt (a).

I am absolutely sure that their money will be wasted, they will fail, and they will regret these expenses because a country whose people spends this amount of money in the way of Imam al-Husayn and the love of the Commander of the Faithful [Imam Ali] and the Ahl al-Bayt (a) will not allow all the wealth of the world to cause it to abandon its true and deep-rooted belief.

I believe that the defeat of these countries will be very heavy and catastrophic for them.