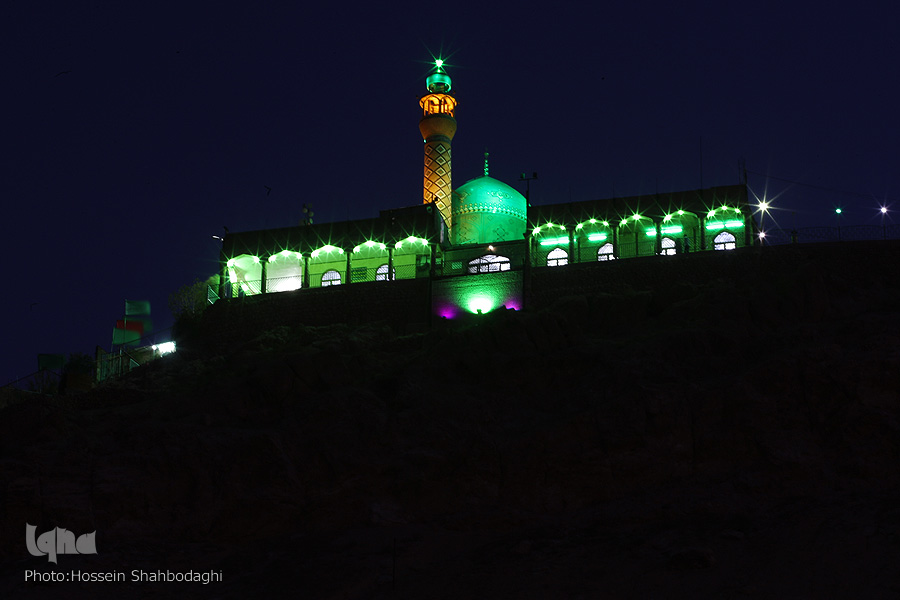 According to historical narratives, there had been a cave at top of the mountain in which Hazrat Khidr would hold prayers.

During the years, a mosque has been built over the mountain which attracts many worshipers from the city of Qom and other areas.

All of the regions of Qom city can be viewed from top of the mountain and this has also turned the site into a tourist destination. People usually go to the mosque in weekends.

Officials of the city have prepared the path to the mosque so that all people including the children and the elderly can safely and easily climb the mountain.

Recently, a number of unknown martyrs who had lost their lives during the eight years of Sacred Defense (Iraqi imposed war on Iran) have been buried in an area near the mountain.