General
News ID: 3476117
TEHRAN (IQNA) – A parent in the Thames Valley District School Board (TVDSB) in London, Canada’s Ontario, is helping to educate students about Islam. 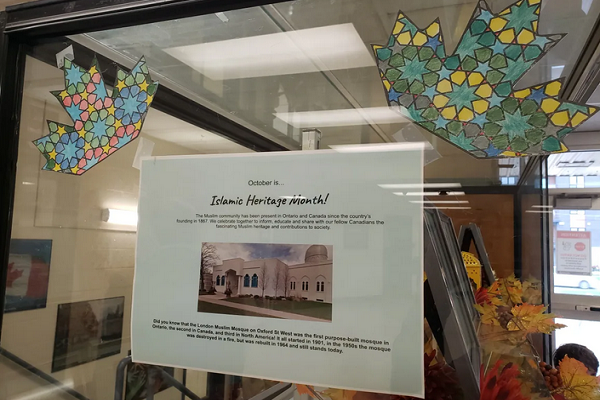 Nosheen Ahmad is creating guidebooks for students to learn about the significance of this month.

"There's a huge gap in knowledge about Muslims and their rich history in the world, and I think this can help close that and normalize Islam," Ahmad tells CBC News.

Ahmad is a member of the Equity and Inclusion Education Team at the TVDSB, which was formed to increase the involvement of different communities across the board.

In 2016, the Ontario government proclaimed October as Islamic Heritage Month. This followed the federal government's declaration back in 2007.

This year's guidebook highlights everyday objects, which were invented by Muslims throughout history. These include coffee, perfume, and cars, along with many more.

"This will give a perspective to students and teachers of 'where do these data-x-items come from, and why have we never realized this as part of our history?'" said Ahmad. "One of the things I keep hearing is 'we had no idea that this stuff has come through Islamic civilization,' just having a quick conversation about it can be so helpful".

'A failure on the school community'

This year is especially important to Ahmad because of the tragedy on June 6, when four members of the Afzaal family were killed in a hate-motivated attack. She feels the events of that day brought Islamophobia and its implications to the forefront. As a close friend of the family, Ahmad says she's driven to honor their legacy.

"I feel like it was a failure on the school community that someone who left public school so recently didn't have enough love and acceptance in their heart for that to not have taken root, and for Islam to not be normalized enough that he [the accused] felt Muslims were so different, that it was something to attack."

"We're losing this kindness in society, and it's sad that we have to teach empathy in schools," she added.

According to Ahmad, defining Islamophobia and its roots in racism is key to combating hate. The National Council of Canadian Muslims has been tracking violent incidents and is seeing growing numbers of Islamophobic attacks in the country.

She also thinks it's important for people to call out racism whenever possible, saying that can open the door for healthy discussions, which can change the narrative to allow connection and celebration instead of hatred.

'Everyone is connected somehow'

Ahmad, who grew up in Sarnia, ON, recalls a much different childhood compared to what her children see now.

"I was one of the only multicultural people in my class, but I didn't have to encounter any racism, everyone was so accepting, and it's so sad that our kids have to go through more of this stereotyping."

She finds that the events of 9/11 have contributed to the views people have about Islam and wants to break the negative stereotypes about her culture and teach love and acceptance. She wants people to know that Islam is a peaceful religion and the connections to war-torn countries is not all there is to it.

"There's no 'other' anymore, everyone is connected somehow... and it's so beautiful when people realize they have connections to something that might seem so different and far from them," said Ahmad.

"The fact that there can be so much hate is mind-blowing to me, but it's there, and we see it all the time".