General
News ID: 3476740
TEHRAN (IQNA) – A group of Orthodox Jewish Rabbis held a demonstration in front of the United Nations headquarters in New York, calling for practical measure to end the oppression against Palestinian people. 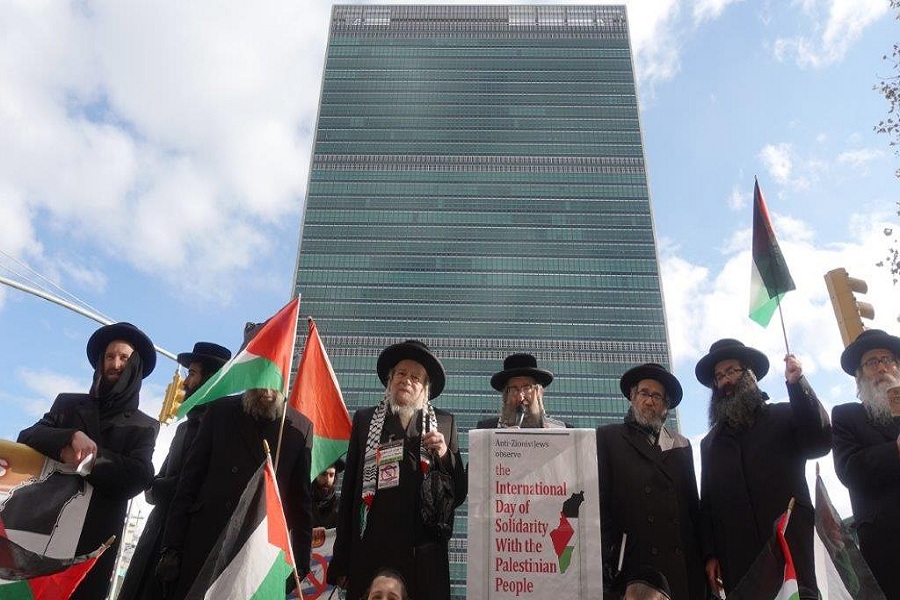 The event was held on Monday on the occasion of the International Day of Solidarity with the Palestinian People by members of the Neturei Karta International.

NKI members pointed to the hundred years of peaceful co-existence of Muslims, Jews, and Christians in Palestine before the advent of the Zionist regime.

3,000-year-old Judaism should not be confused with 150-year-old Zionist ideology, stressed the participants.

They carried banners which read “The Torah demands all Palestine be returned to Palestinian sovereignty” and “Real rabbis always opposed Zionism.”

Addressing the event, Rabbi Yisroel Dovid Weiss called on the UN members to “rethink” the issue of Palestine “instead of trying to put one band aid on top of another on the bleeding heart of Palestine where our Arab and Muslim brothers and sisters are suffering.”

“There is a hemorrhaging wound and the solution is to listen to the voice of the rabbis and the Palestinian leaders,” he said, adding that representatives of every “really Jewish Community oppose the existence of the state of Israel.”

He also urged the UN members to not accept the Zionist-led propaganda which seeks to demonstrate the Palestinian issue as a “religious conflict”.

The problem is the partition, the rabbi said, noting that the solution to it is not issuing resolutions but “dismantlement” of the Zionist Israeli regime.