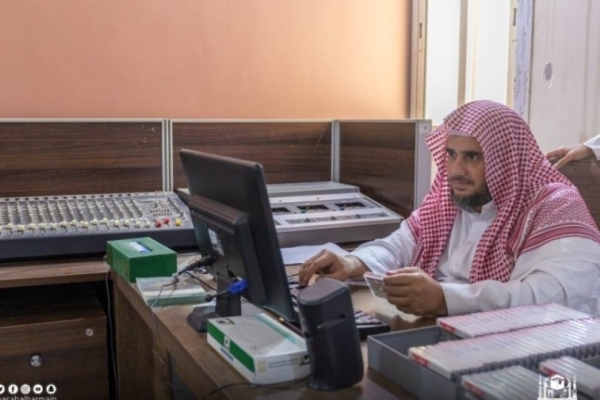 The measure has been taken by the General Presidency of the Grand Mosque and the Prophet’s Mosque, according to El-Balad News.

Sheikh Badr bin Abdullah al-Farih, head of the presidency’s Guidance Affairs Department, said the tapes have been recorded between the years 1407 and 1436 Hijri (1987-2015).

He said the project was carried out in order to preserve the treasures owned by the department that have a significant religious and scientific status.

Al-Farih added that it was part of ongoing efforts to register documents and digitize them to facilitate access to them by Muslims all over the world.

Mamdouh bin Saeed al-Khazaei, another official with the department, said the project to digitally catalogue the tapes began in September 2020 and took 16 months to complete.

He said that the project was implemented to provide a data bank of the recitations, speeches, lessons, and sermons recorded at the Grand Mosque over 29 years.

Al-Khazaei described it as an achievement that would contribute to the promotion of Islamic teachings.