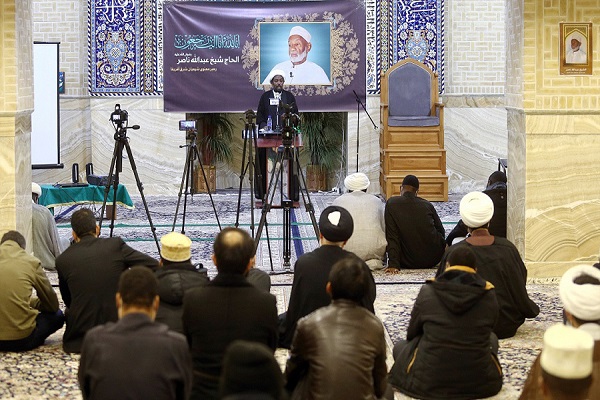 A number of officials and scholars of Al-Mustafa International University attended the commemoration at Imam Sadiq (AS) Mosque.

In an address, Mohammad Salim, a Kenyan student of Al-Mustafa University highlighted different aspects of the late scholar’s character and said Sheikh Nasir spared no efforts until the last moments of his life to promote the teachings of Shia Islam and answer questions and doubts about them.

Another speaker at the ceremony was Al-Mustafa University Professor Sheikh Salim Negangamuyga who said Sheikh Nasir is a known figure in Kenya and other nations in East Africa.

He also noted that Sheikh Nasir made a lot of contributions to Kenya’s independence and its constitution. 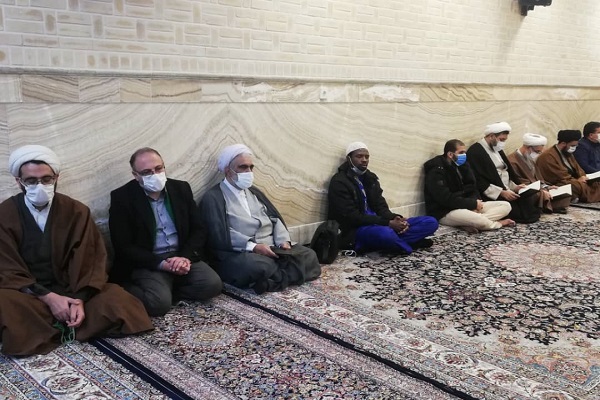 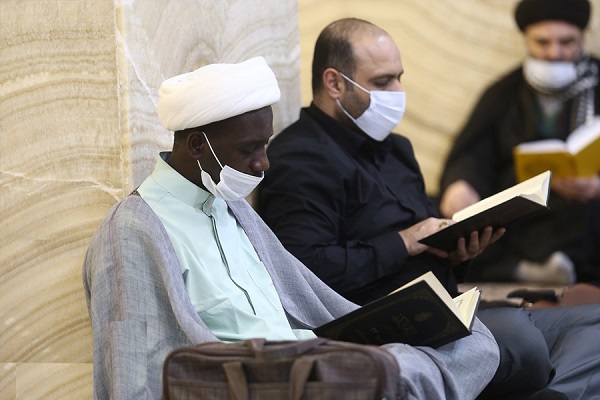 After Kenya’s independence, he went to Zanzibar and Tanzania to develop Islamic sciences and establish scholarly centers there, Sheikh Negangamuyga noted.

Sheikh Nasir, who had an influential role in spreading Shia Islam in Kenya, passed away on Tuesday, January 11, at age of 90.

Born in 1932 in Mombasa, Kenya, he was a major thinker and author of religious books. Many people started following Ahl-ul-Bayt (AS) in eastern and central African regions after reading his books.

He was initially a Sunni Muslim but converted to Shia Islam in 1975. Wahhabis and centers affiliated with Saudi Arabia allegedly adopted some measures against him to make him return but they did not succeed.

Speaking in an interview about the reason for his conversion, Sheikh Nasir said after getting acquainted with the virtues of Imam Ali (AS), he gradually understood that Imam Ali (AS) was the best Muslim after the Prophet (PBUH). “After a while, I received Allameh Amini’s Al-Ghadir. When I read the first volume, I recognized the rightfulness of Shia. Then I went to Shia mosques and read more books and eventually became a Shia Muslim.”

He has penned several books about Shia Islam, including “Shia and Taqiya” written in Swahili. The book is a response to a book published some 10 years earlier in Swahili which had raised doubts about Shia Islam among African Muslims.

Sheikh Nasir also held several stages of debates with Wahhabi scholars about the history of Islam and the principles of Shia beliefs.

A series of his sermons have been recorded in cassettes and still circulate in eastern areas of the continent, playing a major role in disseminating Shia Islam in Kenya as well as other countries such as Tanzania.