General
News ID: 3477459
TEHRAN (IQNA) – Imam Reza holy shrine has commemorated the 2008-victory of Gaza in the 22-day war against the Israeli regime. 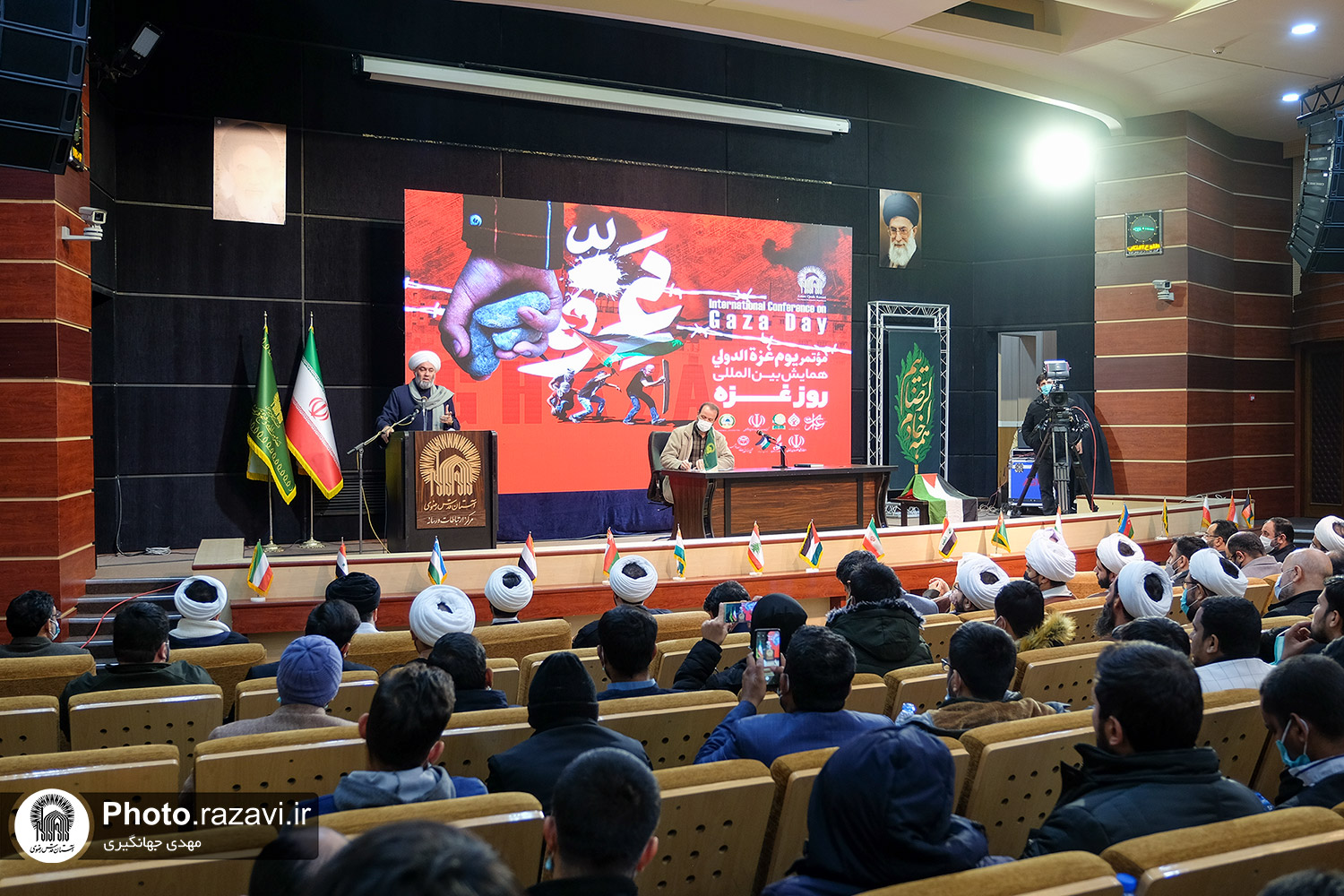 In a ceremony hosting Muslim pilgrims from Iran, Iraq, Syria, Lebanon, Pakistan, and India, the head of the Palestinian Islamic Council, Sheikh Nimr Ahmad Zaghmout, declared that nobody would put down arms in the occupied territories and condemned some Arab states’ normalization of ties with the Israeli regime. “The final victors will be the Islamic Ummah and Palestine. I would also like to thank the Leader of the Islamic Revolution, officials, and people of Iran”.

Sheikh Khaled al-Mala’, head of Sunni Clerics Community of Iraq, referred to the popular resistance of Gazans against an enemy equipped with the state of the art weaponry, asserting that, “the occupying regime of Israel is the only entity owning nukes in the Middle East and plotting to kill the Muslims”.

Stressing that Gaza should be kept alive, Sheikh Mohammad Hassan Akhtari, head of Palestine Solidarity Committee in Iran, said: “The American pressure on Palestinian people will strengthen our support for them. The Zionist regime should bear in mind that all freedom seekers in the world will stand by Palestine, and the occupying regime will lose its security, political and economic power day by day”.

The ceremony will also see inauguration of the Quds website (http://holyquds.org) in five languages of Persian, English, Arabic, Spanish, and Russian. The website has some social activists and media experts on board for content production and technical issues. It carries the latest news and developments concerning Palestine and the Israeli regime.

Astan Quds Razavi, the body in charge of Imam Reza holy shrine, attaches great significance to the issue of Palestine and defending the rights of Palestinians, so much so that a model of the Dome of the Rock (Qubbat as-Sakhra) has been placed in the 2500-square-meter Quds courtyard of the holy shrine. The courtyard hosts annual cultural and artistic events centering on Palestine.