Social
News ID: 3478945
TEHRAN (IQNA) – The wearing of the so-called "burkini" by Muslim women in state-run swimming pools was authorized by the French city of Grenoble on Monday. 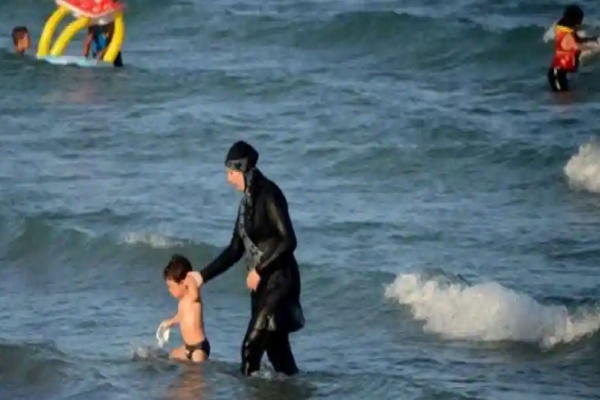 The all-in-one swimsuit, used by some Muslim women to cover their bodies and hair while bathing, has become a controversial talking point during the holiday season in recent years.

Seen as a symbol of creeping Islamism by its critics and an affront to France's secular traditions, many right-wingers and some feminists would like to ban it outright.

It is prohibited in most state-run pools for “hygiene”, not religious reasons where strict swimwear rules apply to all, including men who are required to wear tight-fitting trunks.

The move applies across the board, meaning men will able to wear long shorts and women can also bathe topless in the Alpine city's pools.

Grenoble's mayor, Eric Piolle, one of the country's highest profile Green politicians who leads a broad left-wing coalition at the city council, has championed the move but run into a fierce campaign of opposition.

He managed to rally enough votes at a city council meeting to approve the measure, despite not having the support of his own EELV party which distanced itself from the measure.

It was carried by the slimmest of margins with 29 votes for, 27 against and 2 abstentions after two-and-a-half hours of tense debates.

"All we want is for women and men to be able to dress how they want," Piolle told broadcaster RMC Monday.