General
The link was copied
News ID: 3479724
TEHRAN (IQNA) – An American professor says the recent visit of US President Joe Biden to West Asia will introduce no change in the Palestinian issue. 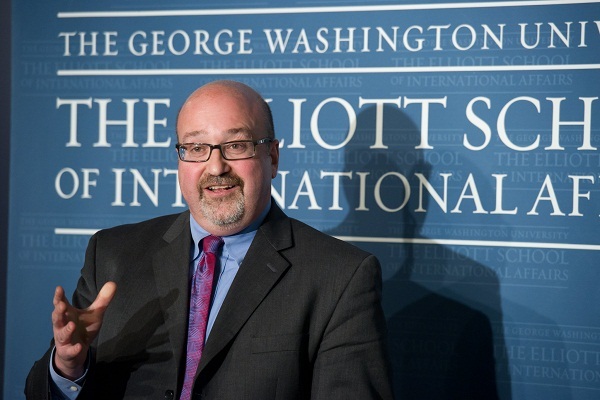 Observers believe that normalization of ties between the Israeli regime and some Arab states, oil market, and Iran were top on the agenda of Biden's recent trip to the region which wrapped up on Saturday evening.

Here is the full text of the interview:

IQNA: In recent days, we have witnessed President Joe Biden's trip to the Middle East. What do you think is Joe Biden's purpose in choosing this region East as his travel destination?

Barnett: It is probably a friendlier place for him these days than Washington DC.

There are lots of national security and economic issues to be discussed, and there are things that can be accomplished in person that cannot be as easily accomplished remotely.  Number one issue is probably Iran.

IQNA: Some believe that Biden's trip, considering the political situation in Tel Aviv and the decline of Biden's popularity in America, is an attempt to improve the political image of Lapid and Biden. what is your opinion?

Barnett: My understanding is that this trip was on the books long before the Israeli cabinet collapsed.  I don’t think that domestic politics either here or in Israel factors into the decision to visit.

Going to Saudi Arabia, on the other hand, is likely to cost him political points in the short term

Biden's support for Israel is not really an issue here. and going to Israel is not going to help him.  Going to Saudi Arabia, on the other hand, is likely to cost him political points in the short term.  And I don’t think that Biden has any interest in jumping into Israeli domestic politics.

Things have stabilized a bit with the end of Netanyahu, and Biden is not going to undo anything that Trump did on Israel.

IQNA: What direction do you think the Palestinian issue will take after Biden's trip to Tel Aviv?

Barnett: It will be where it is today – nowhere on the agenda.  The one thing that the US and Arab and Israeli policymakers agree on is that Palestine will not stop them from forging accords that make sense to them on national security grounds.

IQNA: In your opinion, considering the human rights issues that the Saudi government is involved with and the war in Yemen, what issues will be raised during Biden's visit to Saudi Arabia?

IQNA: Some believe that Biden's attempt to get closer to Saudi Arabia to form a coalition in the Middle East against Iran is due to the reduction of the possibility of the US returning to the JCPOA. How correct do you know this?

Barnett: A definite factor.  The general opinion is that Iran has made significant gains on its nuclear program after the Trump withdrawal, and that Biden is not getting what he wants or needs to get from Iran to make this politically saleable to the US public and Congress.  If an arms control deal is not on the table, then the next obvious step is to bolster regional defense and deterrence.  My sense is that the Biden administration is using this move toward regional security as a very real card. He can play it as a bargaining chip but also use it as an instrument of security if an arms control agreement cannot be reached.

IQNA: What do you think this trip will achieve for the Biden administration considering the decrease in his popularity and the possibility of the defeat of the Democratic Party in the November elections?

Barnett: Biden's popularity will not move a notch up because of the trip.  If he fails to impress or seems not up to the job, it could hurt him.  At the end of the day the midterms are going to hinge on lots of things that this trip cannot impact in time.