TEHRAN (IQNA) – In an online event, American Muslim researcher David Coolidge discussed different aspects of love and freedom in the movement of Imam Hussein (AS). 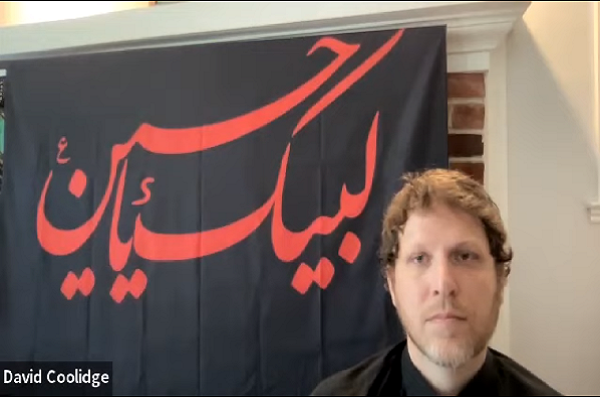 The event was organized by Northwestern University Shia Muslim Association for the mourning month of Muharram.

In the following video recorded on August 3, 2022, and retrieved from the YouTube channel of the association, David Coolidge offered his views about the topic.

David Coolidge is a PhD student of Islamic studies at the Graduate Theological Union in Berkeley, CA. From 2008-2013 he worked as a Muslim chaplain, first at Dartmouth College and then at Brown University. From 2014-2017 he taught an undergraduate course on Islamic law and ethics at New York University. He has served on the boards of various American Muslim institutions, including Zaytuna College and Taleef Collective.