General
News ID: 3480118
TEHRAN (IQNA) – The Jaafarite Mufti of Lebanon said Salman Rushdie has been part of the West’s cultural operations against Islam, adding that he is not sorry for what happened to him. 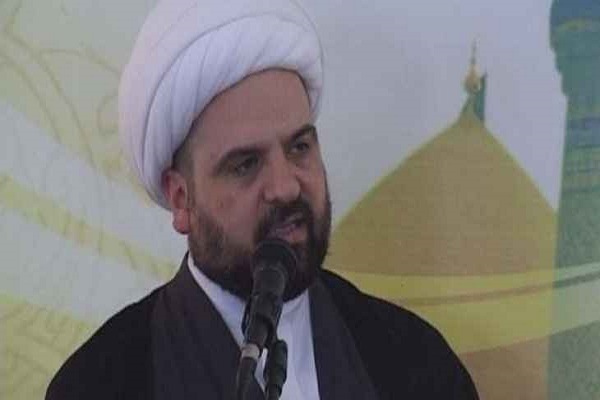 Rushdie founded the culture of hate against Muslims and their heritage, the cleric said, adding that his book “The Satanic Verses” spread the West’s satanic and vengeful ideas about the Holy Prophet (PBUH).

Qabalan described Rushdie as enemy of culture and humanity and the worst example of freedom of speech, saying the West made him play into its hands and now is shedding crocodile tears for him.

“We will not be sorry for him because with the book he wrote, he gave rise to a storm of hatred and crimes against Muslims and their religion,” Qabalan went on to say.

Rushdie attacked on stage during an event in New York on Friday.

Video footage from the incident showed people rushing to his aid after he was attacked at the event in Chautauqua County.

A man rushed to the stage at the Chautauqua Institution and attacked Rushdie as he was being introduced. The attacker was subsequently restrained.

Rushdie is the author of “The Satanic Verses”, a blasphemous novel about Islam published in 1988 which sparked Muslims’ outrage across the globe.