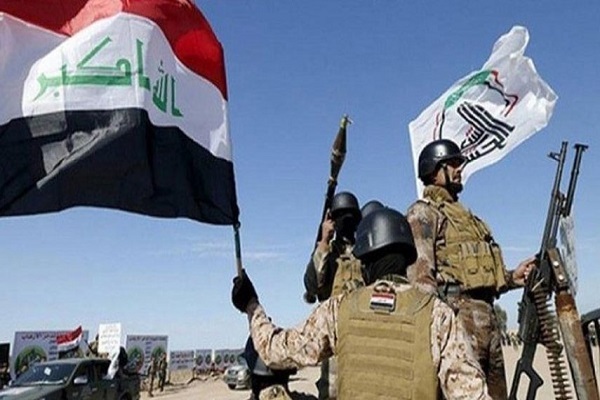 During the PMU operations, six weapons cache were discovered and six Daesh elements were killed, he noted.

Tamimi said Daesh terrorists failed to make any move against pilgrims during the Arabeen pilgrimage this year.

According to the commander, Diyala was one of the major governorates of Iraq where a special security plan for Arbaeen was implemented.

He noted that more than 220,000 pilgrims from different countries like Iran, Afghanistan and the Republic of Azerbaijan, entered Iraq to take part in the Arbaeen march from one of the governorate’s border crossings named Al- Munthrya.

Earlier, the PMU, also known as Hashd al-Shaabi had announced foiling a planned Daesh terrorist attack on Arabeen pilgrims in the Saladin Governorate.

More than 21 million pilgrims mainly from Iraq and Iran as well as many from other countries took part in the Arbaeen rituals this year.

Millions of black-clad pilgrims gathered at Imam Hussein’s (AS) holy shrine in Karbala on Saturday to culminate a week-long procession in commemoration of the 40th day after the martyrdom anniversary of Prophet Mohammad’s (PBUH) grandson, who was killed along with his companions during the battle of Karbala in 680 AD.

Men, women, teens and elders came together in the Iraqi city to pay tribute and renew their allegiance to Imam Hussein (AS), who is the all-time icon of fighting injustice, oppression and despotism.

The annual event, which is one of the largest religious congregations in the world, brings together a deluge of Imam Hussein’s (AS) lovers and devotees from various nationalities who undertake an 80-km walk between the holy cities of Najaf and Karbala.

The tradition, which attracts millions of people from across the world every year, is meant to sympathize with Imam Hussein (AS) on the pains he endured in the event of Karbala, where he and 72 of his companions were brutally slaughtered by Yazid’s army.

The ceremony is also fervently observed by Muslims in their own countries across the world.