General
The link was copied
News ID: 3480609
TEHRAN (IQNA) – Ali Akbar Ziaee, an expert in international relations, has provided an analysis of the challenges of Islamic movements and political Islam after following the emergence of Daesh (ISIL or ISIS). 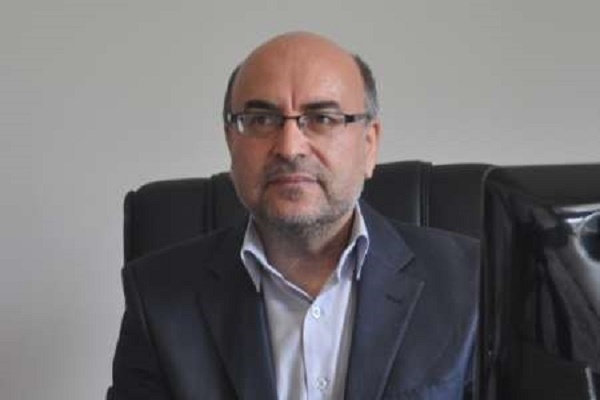 In the 20th century, Islamic movements at the national and international level started their activities to change political structures, and these activities generally faced challenges from autocratic governments. Making changes in authoritarian regimes in Islamic countries could also endanger the interests of Western countries. The danger of the influence of Islamic movements in different levels of government caused the political rulers in these countries to turn to regional cooperation regarding the exchange of security information and the creation of think tanks to deal with political Islam.

In the meantime, the western allies of these political systems also tried to confront political Islam and Islamic movements with media attacks and declaring war on religious fundamentalism. Many Islamic personalities who sought to change the community towards religious values were either imprisoned or sentenced to death in military courts. Meanwhile, the motivation of Muslim thinkers to carry out these changes in the political system remained in the veil of ambiguity; the field for exchanging opinions and scientific debates was completely lost.

Some of these Islamic movements turned to the use of violence and the formation of jihadi camps to achieve their goals to realize themselves in making these fundamental changes in political systems. In the meantime, elite engineers and merchants emerged with little religious knowledge and with a strong grudge against the West, who did not believe in any scientific rules or democratic methods to create reforms in Islamic societies, and they believed that the only way to save the Islamic nation from tyrannical governments was to use weapons and to carry out terrorist activities, and this is how al-Qaeda, ISIS, jihadi groups, Boko Haram, al-Shabaab, and Abu Sayyaf were formed, and heartbreaking events in the current world were formed by these terrorist groups, and the western media attributed all these crimes to political Islam, and the trend of Islamophobia was formed in the world.

After the suppression of reform movements and political Islam and prisons and the execution of many peace-loving thinkers in the Islamic world, and the defeat of ISIS and al-Qaeda on the battlefield, now is the time to make a careful assessment of the separation between political Islam movements and terrorist groups. If we want to examine the motivation of Islamic movements for turning to political Islam, we can briefly mention the following two cases:

- Many Islamic countries are dominated by authoritarian governments, and many elites of those countries turned to political liberation movements in the 20th century with the expansion of the libertarian and independence thoughts of the countries dominated by the West. A group became interested in communist and socialist movements, and a group considered the only way to save Muslims to be religious revival.

With the defeat of communism in the Soviet Union, the hope of the first group turned into despair, and the second group started their activities with more force. Therefore, the first motive behind the creation of communist liberation movements and Islamic movements was to get rid of the yoke of Western colonialism and gain political independence.

- The second motivation of Islamic movements or political Islam was the revival of Islam based on Islamic Sharia. In many Islamic countries, religion was prevalent in society as a formal matter, and various social corruptions were prevalent among Muslims under the modern approach. And the only reference of the Muslims to the Sharia was limited to marriage and reading the call to prayer in the ears of the baby and reading the Quran in mourning ceremonies, using some religious terms in daily conversations, and the people performed prayer, fasting, Hajj, and Zakat, but enjoining good and forbidding evil and Jihad in the way of God had no place among them.

In these traditional Muslim communities, Islamic laws were distorted in a way that served the interests of the powerful rulers, for example, during Friday prayers, Muslims had to pray for the continuation of the autocratic government and refrain from expressing any political speeches, and zakat assets were also monitored. Commanding good and forbidding evil was allowed only within a limited framework, and a Muslim citizen was never allowed to command political leaders to do good and forbid evil. Any criticism of the ruling party or the Sultan faces a strong reaction, and sometimes the critic is imprisoned or tortured and executed.

Authoritarian rulers in Islamic countries were very afraid of reading the verses of Jihad and related traditions, and instead, they considered seeking knowledge as Jihad in the way of God, and they encouraged Muslim women to take care of household affairs and husbandry, saying that Jihad of Women is to take care of the affairs of the husband and home, or they said that the most important jihad or Jihad Akbar is the fight against the self (jihad nafs), and all Muslims know that Muslim seeking knowledge and taking care of their wives and children by women and fighting against the self are examples of Jihad, but Islamic Jihad also has other dimensions such as fighting against corrupt rulers in Islamic society. However, instead of solving the problems of Islamic society, authoritarian governments resorted to using force, imprisonment, and media pressure to maintain their autocratic governments.

Many Western liberal governments supported them to protect their interests in the Middle East and North Africa. The western media also made a lot of effort to worry people's minds about political Islam and introduced it as equivalent to terrorism and religious violence. According to the western media, political Islam includes the Muslim Brotherhood, Hizb ut-Tahrir, and the Tabligh and Da'wah movement, as well as Al-Qaeda, ISIS, the Abu Sayyaf group, and Islamic Jihad. The lack of separation between religious reformist groups in Islamic countries caused some young Muslims in non-jihadi groups to turn toward jihadi groups, and the current world faced a great danger under religious extremism. Political Islam became a victim of the ignorance of the politicians of the era, and a dark atmosphere was formed for the reform of Islamic societies.

But the solution to get out of this political and religious crisis is summarized in the following cases:

- Making fundamental changes in the structure of authoritarian governments and turning them into Islamic democratic systems based on the votes of people of all faiths and religions.

- Conducting free intellectual, religious and political debates with the leaders of political Islam at the national and international level and in mass media so that they can defend their political and religious opinions and critics can also criticize their views.

- Non-interference of Western countries in the dialogue between the leaders of political Islam and the ruling government; because experience has shown that western countries seek their economic and political interests under the pretext of defending democracy, and their involvement in the political affairs of Islamic countries increases the motivation of jihadist groups to fight against Western influence.

The views expressed in this article do not necessarily reflect those of IQNA.