TEHRAN (IQNA) – A large number of children, teenagers and youths took part in a program in which prominent Egyptian qari Mahmoud Shahat Anwar recited the Quran. 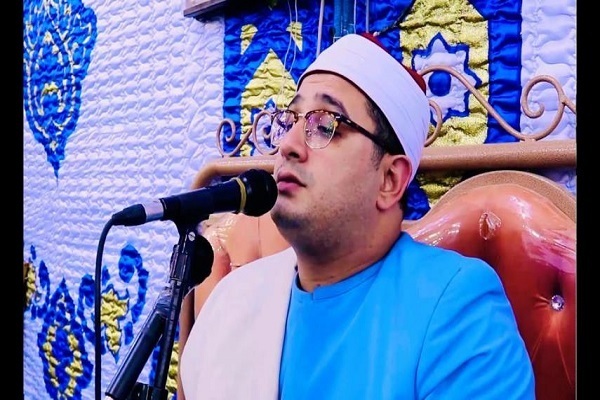 The program was recently organized at a mosque in a village in the Arab country’s Sharqia Governorate.

The qari recited verses 68-70 of Surah Az-Zumar: “Everyone in the heavens and the earth will faint in terror except for those whom God will save when the trumpet is sounded. They will all stand up and wait when the trumpet sounds for the second time. The earth will become bright from the light of your Lord. The Book of Records will be presented and the Prophets and witness will be summoned. All will be judged with justice and no wrong will be done to anyone. Every soul will be recompensed for its deeds. God knows best whatever they have done.”

The top qari has traveled to many countries, including Iraq, Iran, Qatar, the UAE, Algeria, Syria, Pakistan, South Africa, Greece, Turkey, and Belgium, for recitation of the Quran.