Religious Extremism Has Nothing to Do with Divine Faiths' Teachings

General
News ID: 1411275
Iran's Foreign Minister Mohammad Javad Zarif underlined that religious extremism has nothing to do with the teachings and values of Divine religions, especially Islam. 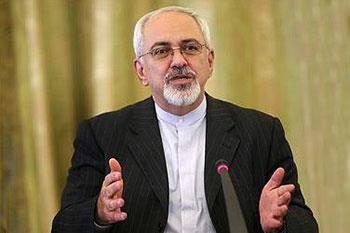 He made the remark on Monday in an address to the 7th General Assembly of Islamic Radios and Televisions Union (IRTVU) in the Iranian capital, Tehran, adding that evil-wishers, especially Zionists, are making all-out attempts to portray a distorted image of Islam and spread Islamophobia in the world.
The Iranian top diplomat noted that extremist acts by Takfiris have, unfortunately, intensified the spread of a distorted image of Islam and Muslims.
He underlined that it is upon the independent media to warn against this trend and inform the world about the true identity of those who seek violence and divisions.
Zarif stressed that Muslim nations have nothing to do with extremism and radicalism but  regrettably, "us Muslims have not been able to… introduce the genuine and true values of Islam to the world."
He urged the Muslim world media to pave the way for the promotion of Islam's sublime values and teachings and the enhancement of unity in the Muslim world.
The foreign minister added that the media of the Islamic world should create an appropriate discourse and promote the hope for a bright and peaceful future in the world.
He stressed that the Islamic Radios and Televisions Union provides an effective potential for breaking the monopoly in the world media.
The 7th General Assembly of Islamic Radios and Televisions Union (IRTVU) opened in Tehran on Sunday.
The three-day gathering aims to discuss different issues related to the Muslim world media.
220 members of the union from 36 countries have come to Tehran to attend the assembly whose motto is "Media of Awakening, Voice of Resistance, and Confronting Religious Sedition".
Palestine, Syria, and religious sedition will be on the agenda of the participants in the gathering.
On the sidelines of the assembly, 20 countries, including Iran, Iraq, Kuwait, Lebanon, Egypt, Palestine, Syria, India, Italy, UAE, Yemen and Pakistan will present their productions in the Islamic Film Market.
http://www.iqna.ir/fa/News/1411038