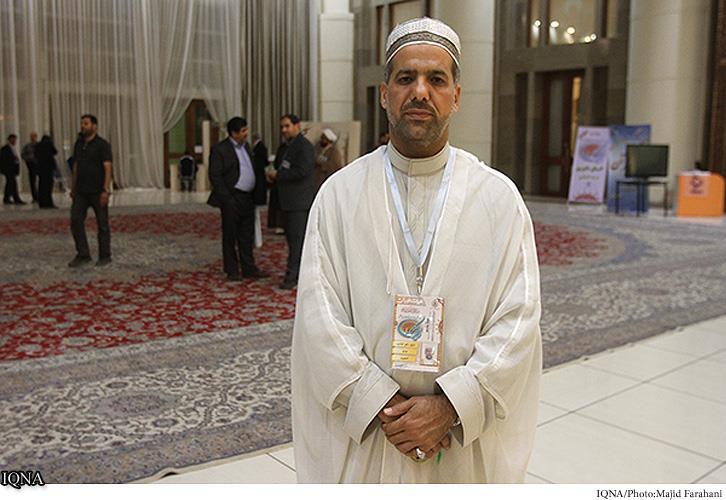 Speaking to IQNA, Sheikh Rafei Al-Ameri, who assesses the contestants' skills in Tajweed, added that some of the best reciters have made it to the final round of the competition in the recitation category.
He described organization of the competition as one of the outstanding Quranic accomplishments of the Islamic Republic of Iran and said it indicates how the followers of Ahl-ul-Bayt (AS) attach importance to the Holy Quran.
The Iraqi Quranic figure also commended the organizers of the competition for their diligence and hospitality.
The 31st edition of Iran's International Holy Quran Competition kicked off in the capital, Tehran, on Monday.
120 reciters and memorizers of the Quran representing more than 70 countries are competing in the contest, which will run until June 2.
The annual competition is held by the Awqaf and Charity Affairs Organization to encourage the public to read the Holy Quran and to act upon the teachings of the Holy Quran.
Sheikh Al-Ameri noted that it is the second time he takes part in the contest as a member of the jury panel.
"I have also attended many a Quran recitation session in Iran and it has been an honor for me to recite Adhan (call to prayers) at the holy shrines of Imam Reza (AS) in Mashhad and Hazrat Masoumeh (SA) in Qom."
Elsewhere in his remarks, Sheikh Al-Ameri referred to the activities of the International Quran News Agency (IQNA) and said he has been following Quranic news released by IQNA for a few years now.
The prominent Quranic figure also urged IQNA to develop its interactions with Iraq's Quranic websites.