Photos of Imam Khomeini (RA) on Display in Paris

Social
News ID: 1412759
With the demise anniversary of Imam Khomeini (RA) and the anniversary of the ۱۵th of Khordad Uprising in Iran approaching, a photo exhibition has been organized by the Iranian Cultural Center in Paris, France. 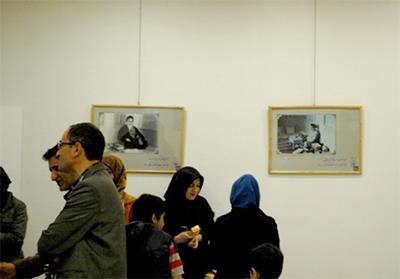 According to IQNA’s branch in Europe, the photos feature the beginning of the Islamic revolution in Iran, the nation's struggle with the Pahlavi regime, and the period of leadership of Imam Khomeini (RA) after the victory of the revolution.

The exhibition in the French capital city was inaugurated on May 22 and will run until June 10. It is open to visitors from 9 a.m. to 6 p.m. local time.
Imam Khomeini (RA) spent more than 14 years in exile, mostly in the holy Shia city of Najaf, Iraq. He then went to France.
During Imam Khomeini's (RA) four-month stay in Neauphle-le Chateau, near Paris, the town was the center of world attention.  Imam Khomeini's (RA) in numerous interviews explained  to the world his views of Islamic government, and the objectives of his movement.
Imam Khomeini (RA) passed away 25 years ago in 1989. He left behind a legacy of Muslim unity and active resistance to oppression, a legacy which continues to resonate with Muslims today.
http://iqna.ir/fa/inter/News/1412114