General
News ID: 2683140
TEHRAN (IQNA) - An Israeli army probe launched into the murder of the Palestinian minister Ziad Abu Ein said the army was not found guilty of any criminal offense. 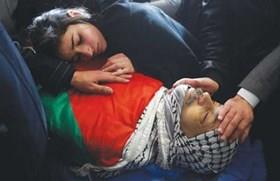 Preliminary findings of an investigation conducted by the Central Command, cleared the occupation army of any responsibility for the murder of the Palestinian minister Ziad Abu Ein, saying the soldiers acted as required of them, PIC reported.

Though the soldier was filmed pushing Abu Ein as he took part in an olive-planting campaign, the investigation claimed that no accusations of beating and gas firing were proved.

An autopsy conducted in the wake of the murder of the Palestinian minister, and attended by Palestinian, Jordanian and Zionist regime medical officials, showed Abu Ein died because of beating by the Israeli occupation soldiers and inhaling large amounts of tear gas in addition to the delay in his transfer to the hospital by the Israeli forces during a West Bank protest.

The Israeli forensic expert, who was present at the postmortem, reportedly agreed to the findings of the autopsy which he dubbed “professional” but later refused to sign the report.