Fight ISIL Influence Via the Internet

General
News ID: 2885911
TEHRAN (IQNA) – Cyber warfare needs to be intensified in preventing the threats and destructive ideology of ISIL from spreading in Malaysia, a Malaysian police official said. 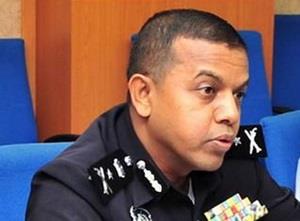 Principal assistant director of the Counter Terrorism Division of the Special Branch in Bukit Aman, SAC Datuk Ayub Khan Mydin Pitchay said a holistic approach was required with the cooperation of all the relevant government agencies, including the religious authorities.

"For example, a website should be set up, operating actively at all times, to answer all questions from the public on the Islamic aspects with regard to the ISIL militant group," he told Bernama.

"The move (setting up the website) will enable people to get the facts right at any time."

Ayub Khan said the religious authorities, too, could play an important role by correcting any misunderstanding of jihad and related issues.

He noted the good example set by a neighboring country which had been playing an active role through its websites, exposing the aberrant ISIL ideology.

"It has also been going to the ground to distribute leaflets in English, Tamil and Mandarin on the ISIL bluff and not just giving public lectures via television and sermons.

"The time has come for such engagement, including with the media to educate the public on the true meaning of jihad...this problem (influence of the ISIL ideology) does not only exist in Malaysia but has spread to other parts of the world too," he said.

Ayub Khan said the strength of the ISIL media lay in their mastery of using the social websites with thousands of efficient and fast-working cyber troopers to rebut the statements made by their detractors on the ISIL's wrong interpretation of the Quran and Hadith.

Ayub Khan was commenting on the threats posed by ISIL and the spread of its ideology in Malaysia, including via social media as they are also persuading school students to join them, which is very alarming.

Last Wednesday, police arrested a 14-year-old female student as she was about to fly off from the Kuala Lumpur International Airport to join ISIL militant group in Syria.