Saudi Crimes Worse than Those of Israel

General
News ID: 3285359
TEHRAN (IQNA) – A professor at the University of Tehran said there are many similarities between the Saudi invasion of Yemen and the Israeli crimes being committed against Palestinians in the Gaza Strip. 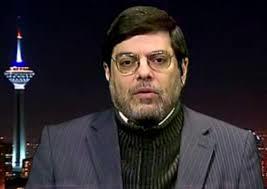 Mohammad Marandi, in an interview with Press TV, emphasized that the Saudis commit even worse crimes than the Israelis do.
The Saudi regime is responsible for the murder of thousands of innocent children and women in Yemen, he maintained, noting that Saudi Arabia is using al-Qaeda in its war against Yemeni people and refusing to allow other nations to provide Yemeni people with aid supplies such as medicine, food and fuel.
Marandi went on to say that the Saudi kingdom has been able to use oil revenues to spread the “Wahhabi disgusting ideology” in order to promote extremism and terrorism across the Middle East and North Africa.
Saudi Arabia started its military aggression against Yemen on March 26 -- without a UN mandate -- in a bid to undermine the Houthi Ansarullah movement and to restore power to the fugitive former president, Abd Rabbuh Mansour Hadi, who is a staunch ally of Riyadh.
According to the latest UN figures, the Saudi military campaign has so far claimed the lives of over 1,400 people and injured close to 6,000 people, roughly half of whom have been civilians.