Qualities of Human Society after the Reappearance of the Savior

Interview
News ID: 3310793
TEHRAN (IQNA) – Wednesday, June 3, is the 15th of Sha’aban on the lunar Hijri calendar and marks the birthday of Imam Zaman (may God hasten his glad advent). 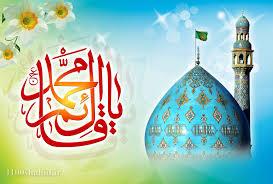 World Muslims, who await the reappearance of Imam Zaman (AS) from occultation, celebrate this auspicious occasion every year.
Imam Zaman (the Imam of the "Period") is the son of the eleventh Imam (AS). His name is the same as that of the Holy Prophet (PBUH).
He was born in Samarrah, now in Iraq, on the 15th of Sha’aban in 255 A.H./868 A.D.
After reappearance from occultation, he will put an end to tyrannies and fill the world with justice.
Following is an article by Hojat-ol-Islam Mahdi Hadavi Tehrani, published by tebyan.net website, about how the world and human society will be like after the reappearance of the Savior.

Question: After the reappearance of Imam Mahdi (may God hasten his reappearance), how long will it take before the rule of justice [becomes universal]? Will any poor person or tyrant remain? If no, then does that mean that no sin will ever be committed again? Is it correct that he will be martyred at the hands of a bearded old woman? How does such a crime take place despite the Imam’s uprooting of oppression?

Belief in the reappearance of Imam Zaman (AS) is an instance of belief in the unseen realities, those realities which cannot be accepted and whose qualities cannot be apprehended by any other means but faith and through a study of the corpus of authentic narrations. But since most of the ahadith and narrations have through time undergone corrosion as the result of various factors—such as, taqiyyah (dissimulation) on the part of the Shias, fabrication and distortion of narrations by the enemies of the Shias, neglect of or the lack of attention in recording the narrations on the part of the transmitters, and absence of adequate facilities for publication and preservation of the texts—a detailed understanding of the events prior to and following the reappearance of Imam Zaman (AS), as desired by the truth-seeking Shias, is not feasible.

This becomes especially difficult when faced with some of the contradictions in the related narrations that are not reconcilable. Hence, the reply to the aforementioned question—particularly the first part—is [to a great extent] conjectural. And in order to forward an appropriate response, the question must be broken down into several parts. The answer to each part will be discussed separately.
After the reappearance of Imam Mahdi (AS), how long will it take for him to establish the rule of justice?

To this question, Imam Muhammad al-Baqir (AS) has replied, “For a full eight months, he will have his sword unsheathed and will kill the enemies of Allah until Allah is satisfied.”1

Based on the narrations that are available to us, he will reappear in Mecca. After the elite of his followers join him there, they will then advance toward ‘Iraq, Sham (the present day Syria), and from there toward Jerusalem.

Thereafter the lands of Europe, Turkey, China, Afghanistan, and of other regions will be conquered by him, and so after eight consecutive months of fighting, the rule of justice will be established and peace and security will become prevalent.
Will any needy individuals remain after his rule has been established?

After the Imam (AS) rises and establishes the rule of justice, the earth will yield to him her treasures of mineral deposits and crops, the shares that rightfully belong to the destitute and poor will be exacted from the rich and the oppressors to be justly distributed, as the result of which no poor person will remain, to the extent that there will be no use for charities and zakat. Imam Ja’far as-Sadiq (AS) says, “The world will be revitalized by the implementation of justice, the sky will send down abundant rain, trees will reveal their fruit, and the earth will deliver her plants, embellishing herself for her inhabitants.”

People will be so well-off that it has been narrated that on one occasion Imam Zaman (AS) will order the announcer to inform the people that whoever is in need of financial aid should stand up. From among the entire population only one person will stand up, proclaiming his need. Imam Zaman (AS) will tell him, “Go to the treasurer and tell him that Mahdi commands him to provide you with some money.”

In describing the time of Imam al-Mahdi’s (AS) rule, the Prophet (PBUH) has said, “People will be searching for someone poor who would accept charity or gifts from them, to no avail; they will put aside the zakat of their wealth, but they will not find anyone to give it to, for all will be made well-off by Allah grace.”
After Imam al-Mahdi (AS) establishes his rule, will there be any oppressors remaining in power?

The character trait of the universal rule of Imam al-Mahdi (AS) will be the worldwide maintenance of peace, security, justice, and the annihilation of the foundations of corruption, decadence, oppression, and crime; just as this has been the main purpose of all the prophets, but with the difference that the success of the latter and their successors following them was not as decisive, but nevertheless, establishing worldwide peace and security has always constituted one of their promises.

And so the unpolluted souls of mankind at large, ever since the beginning of human history, have been waiting for the time when those promises would be realized. Now since Allah, His messengers, and their infallible successors do not breach their promises, they would not raise the hopes of people without a good reason. This means that this promise will certainly be realized and that a just government will be established, consisting of the aforementioned characteristics.

This promise is so vital and real that its realization can be considered the rationale behind the creation of humankind; a promise that once realized will lead to the unity of the whole of humankind under the banner of Tawhid and, by Allah’s mercy, the uprooting of disbelief, polytheism, and hypocrisy from amongst them.
Will sin be totally annihilated after Imam Zaman’s (AS) rule has been established?

The most important motives for the human being’s sinning are, on the one hand, his avarice in hoarding material wealth and, on the other hand, his sense of need for the goods of this world. If the human being possesses a sufficient amount of wealth, a good social reputation; if his mentality becomes Divine-permeated, if the world and her goods are belittled in his eyes, and he thus reaches the certainty that all Divine promises are true and as such will certainly be fulfilled, regardless of the aversion of the enemies and their effort to obstruct their realization; if he reaches the certainty that there will be a resurrection, a reckoning, that paradise and what it holds are incomparably superior to the life of this world—in such a case, there will be no motive for sinning.

Moreover, during that time there will be innumerable obstacles in the way of sinning—such as, the inescapable and universal rule of justice, the healthy and secure environment, and the general rejection of corruption and sin by society. Therefore, there will remain very little motive for sin, and at the same time there will be obstacles in its way, which means that sin will be at its lowest ebb.

There are also numerous narrations in this regard, such as: Imam Ja’far as-Sadiq (AS) has thus described that era, “Illicit gender relationships, alcoholic beverages, and usury will vanish. People will turn their attention to worship and obedience; they will righteously honor their trusts. The evil people will perish, and the virtuous will remain.”

In another narration, the Prophet (PBUH) is recorded as having given the following good tidings: “Allah will, through the Mahdi, relieve the hardships of the nation of Islam. He will enamor their [i.e. people’s] hearts with the love of worship and obedience, and will make His justice universal. Allah will, through him, eradicate lies; He will destroy the spirit of violence and animosity, and will free them of the disgrace of bondage.”

Is it true that he will be martyred at the hands of a bearded old woman? How does such a crime take place despite the Imam’s uprooting of oppression?

There are various narrations about Imam Zaman’s (AS) martyrdom or demise; and as this event is due in the future, obviously the only way of unveiling the mysteries surrounding it is by studying the narrations related from the Infallibles in this regard. Nevertheless, the narration pertaining to the event of Imam Zaman (AS) being murdered by an old woman is not accepted as authentic by most scholars. This story has only been recorded in Ilzam al-Nasib and lacks authentic narration. However, if we do accept this narration, it must be noted that what is for certain is that the universal rule under Imam Zaman (AS) will be the rule of justice and equity, and as such the rule of the oppressors will be destroyed. However, this does not necessarily certify that there will be no possibility of individuals sinning.